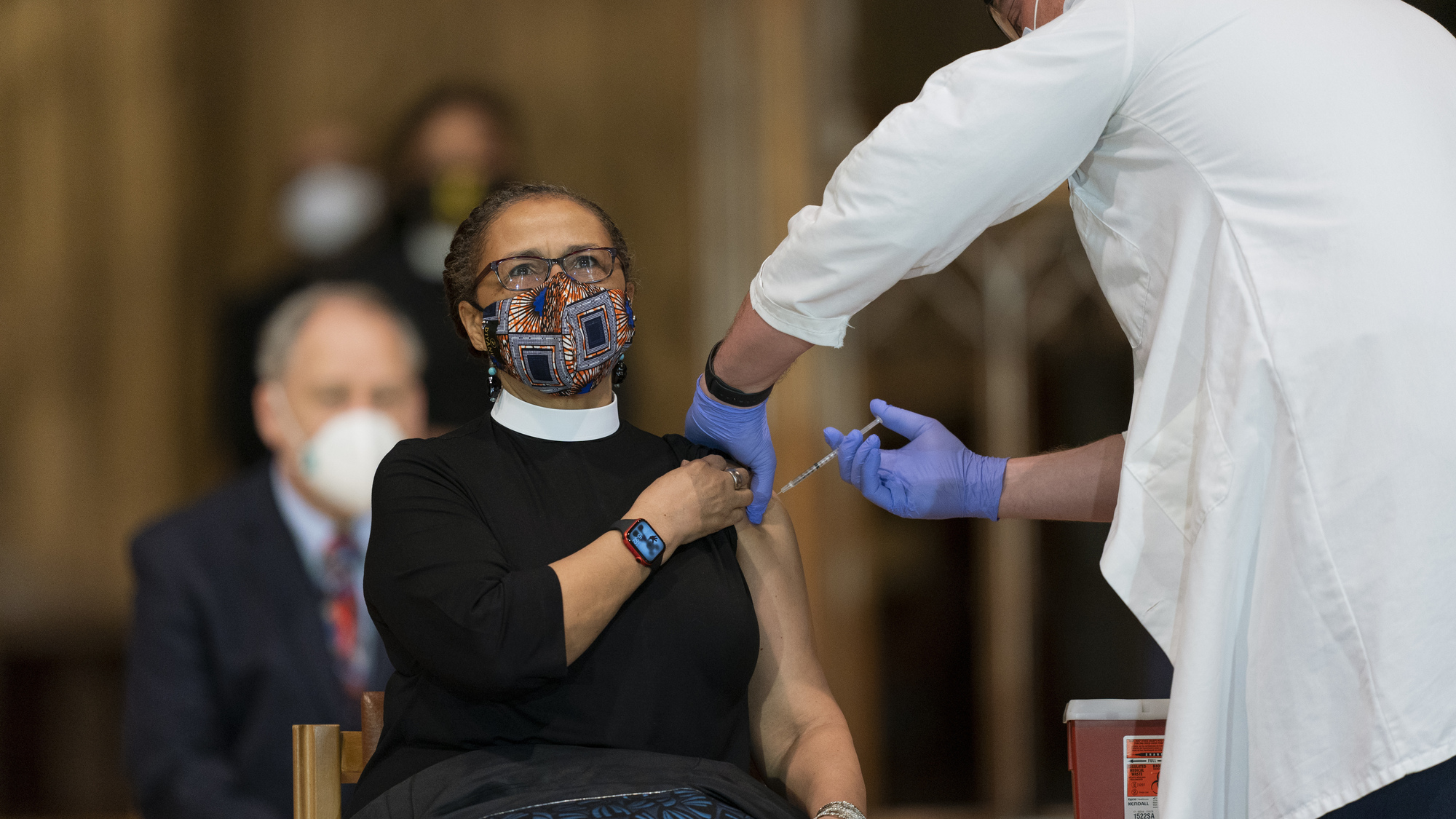 The results of the survey – the most important for tracking the intersection of the pandemic and religious beliefs – could be crucial in understanding how to encourage more people in the United States to get vaccinated, especially as vaccines become more accessible to children. PRRI CEO and Founder Robert Jones said in a statement that the results show that many Americans believe religious freedom is not an “absolute” and that there should be a balance when it comes to religious freedom. community health.

There is still a division over religious vaccine exemptions

The question of whether religious exemptions from the COVID-19 vaccine should be allowed resulted in a more divided range of responses. Just 39% of Americans support a blanket religious exemption excuse, meaning anyone who says the vaccine is against their faith doesn’t have to get it.

But 51% of Americans support granting a religious exemption if the person has documents from a religious leader stating that the vaccine goes against their religious beliefs.

Interestingly, if asked in the context of government mandating vaccinations, 58% of Americans say people should be allowed to have religious exemptions from the vaccine.

The survey also shows that he is quite effective when religious leaders talk about vaccines. More than 50% of those who said they regularly attend church services also said a faith-based approach encouraged them to get vaccinated.

“When pastors encourage vaccination and mosques hold vaccination clinics, more people get vaccinated. Faith groups remain ready to play our part, but we need partners,” said the president and founder of the ‘IFYC, Eboo Patel.

“So many people in various religious communities believe that our bodies were created by God and we should cherish and protect them, and that we have an obligation to the common good,” Patel told Megan Myscofski about Arizona Public Media.

A faith-based approach could also be an effective way to get more children vaccinated.

You make MPR News possible. Individual donations are the source of the clarity of our reporters’ coverage across the state, the stories that connect us, and the conversations that offer insight. Help ensure that MPR remains a resource that brings Minnesotans together.

Make a donation today. A donation of $17 makes a difference.