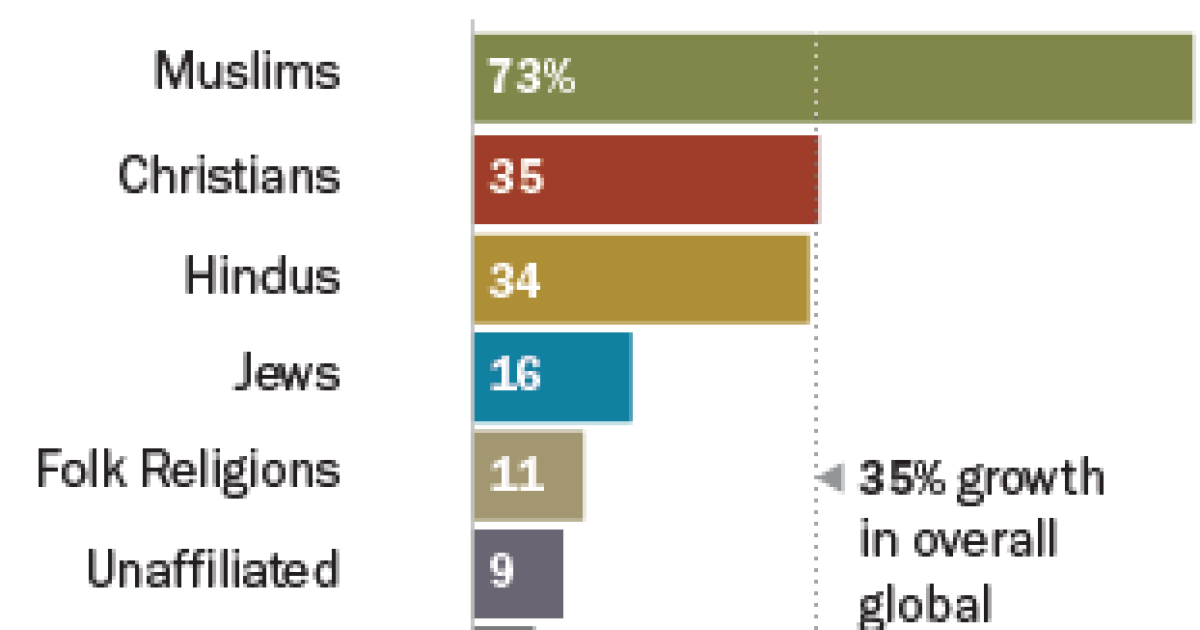 MMuslims are the fastest growing religious group in the world, with 23% of the world’s population, and will take over from Christianity as the number one religion by the end of the century, according to the Pew Research Center. A review of Muslims by the nonpartisan organization also found that END_OF_DOCUMENT_TOKEN_TO_BE_REPLACED