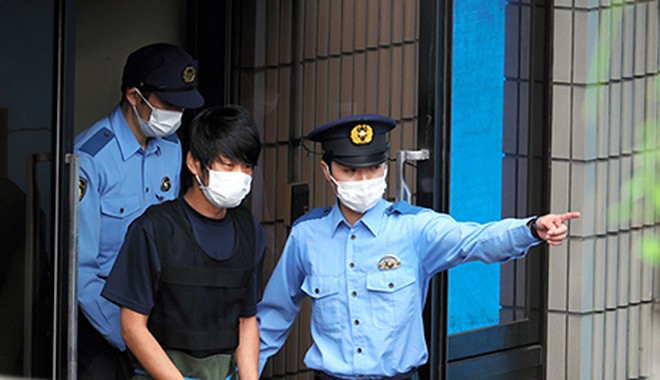 The suspect accused of shooting dead former prime minister Shinzo Abe has admitted to police he fired a shot at a facility of a religious group he resented in Nara prefecture the day before.

Tetsuya Yamagami, 41, told investigators, “I fired at the facilities of a religious group in Nara Prefecture in the early hours of July 7,” according to Nara Prefectural Police on July 11.

Police said a security camera near the facility captured a vehicle that looked like a van belonging to the suspect, which police seized early July 7.

Police believe Yamagami was checking to see if a weapon he made worked and how powerful it was.

According to investigative sources, Yamagami told police he had a grudge against the religious group and that he “targeted Abe because he had a close connection to” the group.

Several residents who live near the facility in Nara City told the Asahi Shimbun they heard “a loud noise” around 4 a.m. on July 7.

A woman in her 50s said: “I heard a big boom as if a heavy iron plate had fallen.

“My neighbors were startled by the noise and came out to see what it was,” she recalls.

The facility is located about 1 kilometer west of Yamagami’s house.

Police seized several planks of wood, each about one square meter, from the rear deck of Yamagami’s vehicle. All boards have multiple holes.

When the police asked about the boards, Yamagami said, “I used them to test a gun.”

Police said Yamagami apparently used these signs at a different location on a separate occasion from the July 7 shooting at the religious group’s premises.

PLANNED OVER ONE YEAR

Police believe Yamagami planned to attack Abe for at least more than a year because he told investigators he started making weapons around spring 2021.

The gun seized from the site where Abe was shot and killed in Nara on July 8 while delivering a campaign speech is 40 centimeters long and 20 centimeters high. It has two barrels.

Up to six projectiles can be fired with one pull of the trigger, police said when describing how the weapon works.

They are similar in structure to the weapon seized at the scene of the shooting, police said.

The police also seized used cartridges and plastic containers containing bullets he had purchased on the Internet. On the back deck of the van, officers confiscated several trays wrapped in foil.

Yamagami told investigators that he used these trays to make “dry shells”.

Police believe Yamagami purchased parts over the internet to make a gun as well as ammunition.

A neighbor of the suspect told the Asahi Shimbun that woodworking could be heard at night coming from Yamagami’s room.

Police believe Yamagami repeatedly made prototype guns and tested their potency prior to the day Abe was shot.