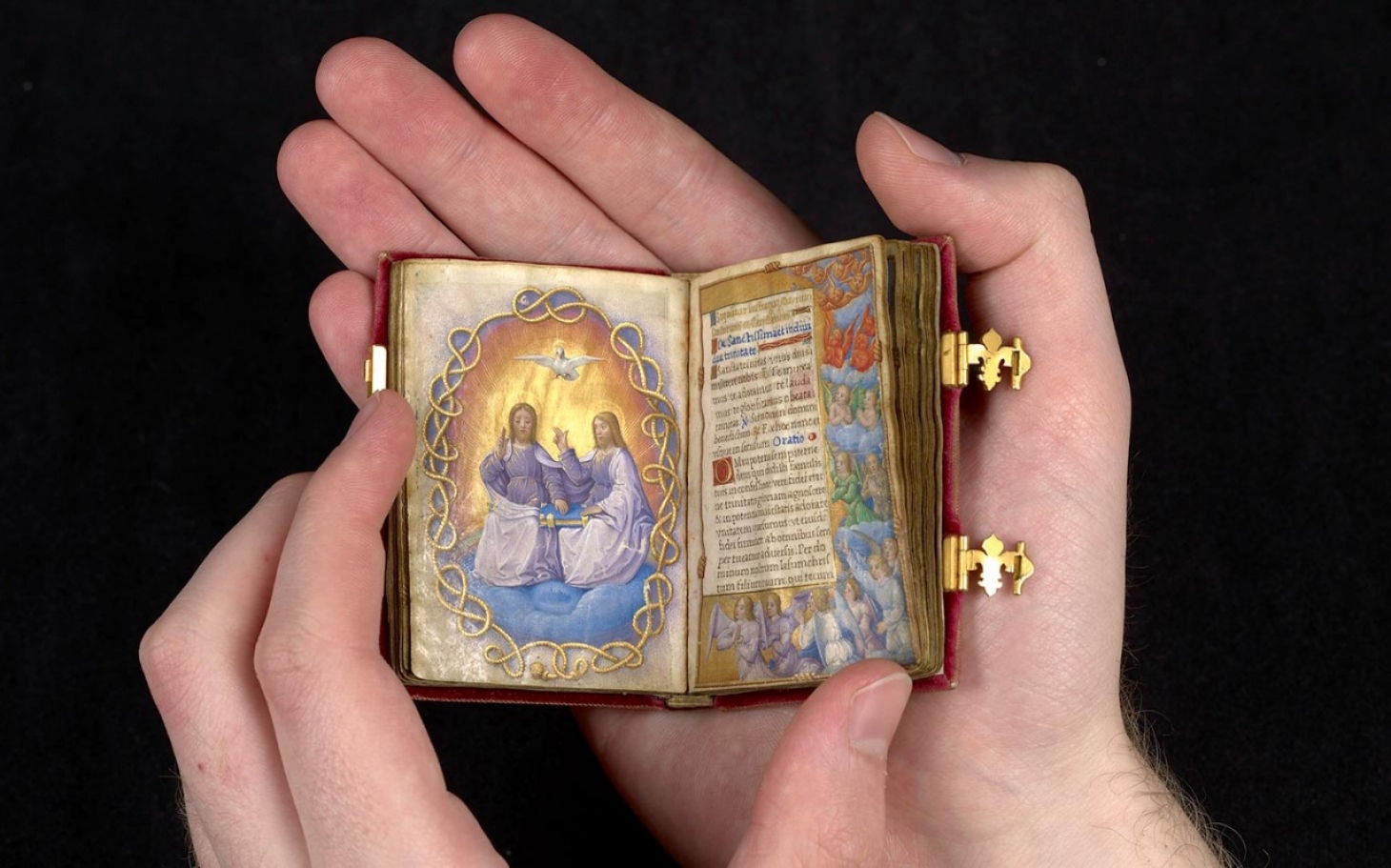 An unbeliever, curator of religious art at the Morgan

What Wieck sees in the master Claude is a marvelous painter “who worked in the form of a book”. While “The Trinity adored by the choirs of angels” is the only full-page illustration from Claude’s prayer book, the artist painted 132 borders not composed of the flowers and laurels common to many manuscripts, but rather of paintings. miniatures of scenes from the life of Christ, the Virgin Mary and many saints. Each, writes Sterling, “contains a whole living Lilliputian world with crowds of people, city streets and vast, bright landscapes.”

Walking through the exhibit, Wieck is delighted to make out a few and beams (again), saying: “Its colors are exceptional. I call his palette sorbetesque – raspberry, plum, lilac, green. Its darkest color is royal blue. Her paint application is so delicate that her brush strokes are almost invisible. The scale also: it is that of a jeweler or an enameller. There was a fashion for small books. Just as cell phones have gotten smaller, sleeker, and slimmer, so have books. »In the time of Queen Claude, first wife of King Francis I (1494-1547), the smaller the prayer book, the more important its owner.

The fact that Claude’s master worked for the royal courts attests to his importance during his lifetime. Francis I was a patron; he bought the “Mona Lisa” and in 1516 attracted Leonardo da Vinci from Italy to France, where he spent his last three years. François also significantly expanded the royal art collection which ultimately formed the basis of the Louvre and began construction of the Chateau de Chambord, one of the finest and largest chateaux in the Loire Valley.

Wieck is certainly sold on the master Claude; he had coveted the prayer book for years, and when his owner, Elaine Rosenberg, called him in 2008 to say she would donate it to Morgan, he immediately got in a cab and went to pick it up. In recent years he has also acquired the 12 calendar pages, a single page from the Book of Hours showing the agony in the garden and a cross section of a choir book with the image of Christ carrying the cross, purchased some weeks before its exhibition opened. “In my twenties, I lost my religion,” he says, “but I haven’t lost my appreciation for the art associated with that religion. I didn’t say, ‘I’ll never look at a church again.’ “

“Miracles in Miniature” is on view until September 14th.

2014-06-22
Previous Post: Are Christians the most persecuted religious group? | UB today
Next Post: What religious group was not represented in Harry Potter? JK Rowling responds (also, were there any LGBT students at Hogwarts?)