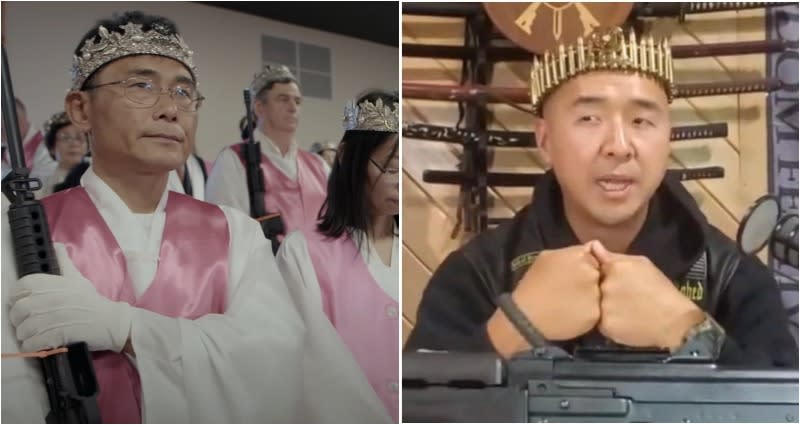 “Spiritual download”: Moon heads services at Rod of Iron Ministries, also known as the Sanctuary of World Peace and Unification, while wearing a crown of metal bullets and a gold rifle.

“Ansu”: Moon’s religious organization is a spinoff of the Unification Church, which was founded by his late father, Reverend Sun-myung Moon, a self-proclaimed messiah whose followers were known as “Moonies.”

Lonely Japanese billionaire seeks date he can go to the moon

Asians and blacks most likely to contract COVID-19, meta-study finds

2021-10-14
Previous Post: Religious group known for AR-15 ceremony buys property in Tennessee for ‘training center’
Next Post: About 2,000 people jailed in Uzbekistan for practicing their religious beliefs, US report says