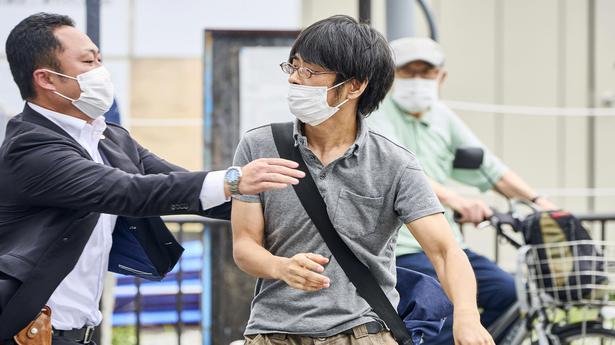 Tetsuya Yamagami, 41, also said he had a grudge against a “specific organization” – possibly the religious group – he believed was linked to Abe, Kyodo News reported, citing police. The religious leader was not identified in the report.

“Japan Is Back”: How Shinzo Abe Restored Japan’s Global Position

Abe, 67, died on Friday morning after being shot in the back during an election campaign speech near a train station in western Nara prefecture.

Yamagami was arrested at the scene where he brandished a homemade weapon.

He also had no idea what he wanted to do in life after graduating from high school and quitting a job two months ago because he felt “tired”. Japan time reports the newspaper.

Meanwhile, police raided his apartment in Nara on Friday and recovered explosives and homemade weapons, according to the report.

Yamagami, who attended a public high school in Nara Prefecture, wrote in his graduation book that he “had no idea” what he wanted to be in the future, he said. he declares.

According to government officials, he had served as a maritime self-defense officer in 2005 at the Kure base in Hiroshima prefecture.

In 2020, he was employed at a manufacturing company in the Kansai region, but in April this year he told the company he wanted to quit because he was “tired” and quit his job the month before. next, he added.