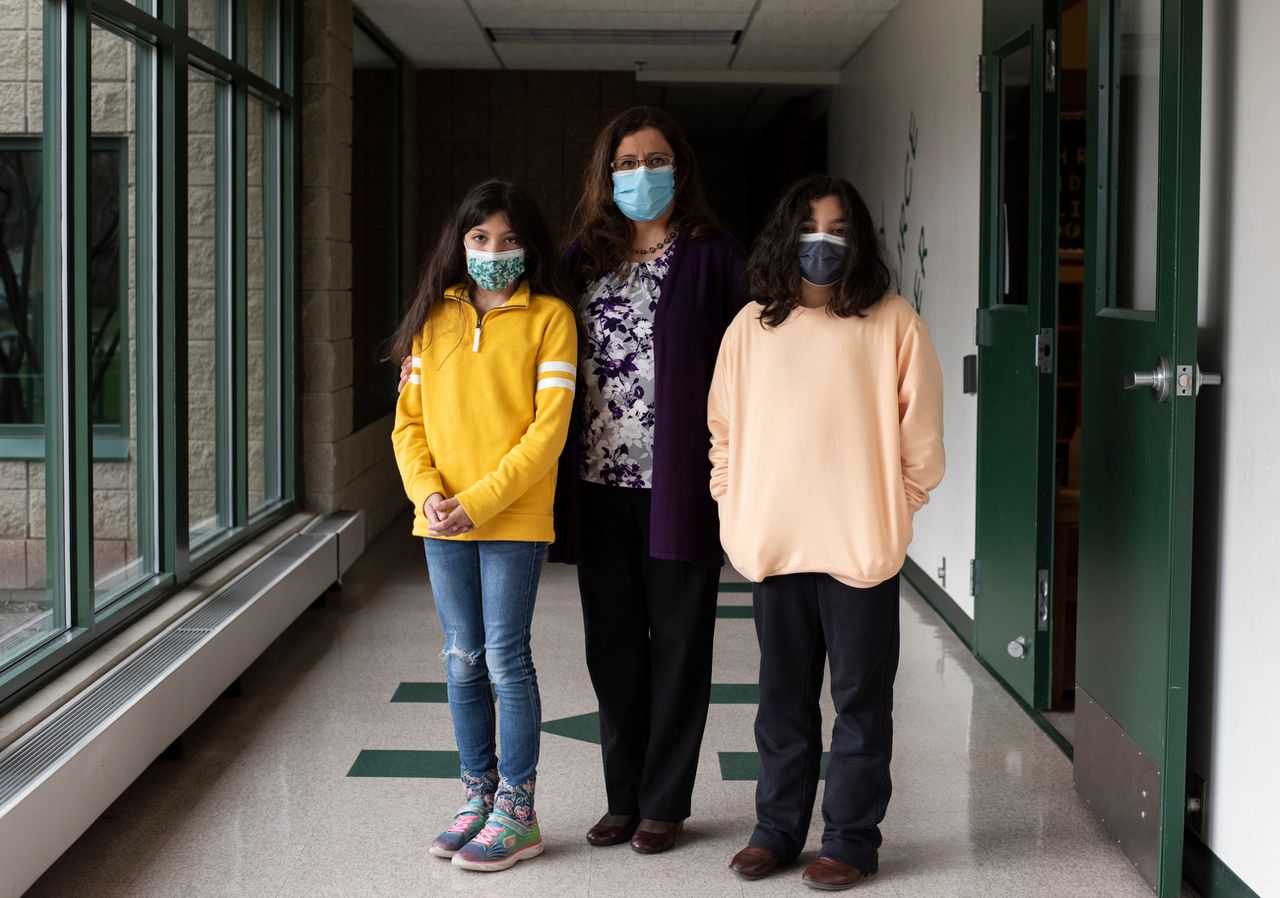 ANN ARBOR, MI – Nahal and Sasha Meshinchi fled Iran because of religious persecution and hope people around the world can begin to accept their Bahá’í Faith.

The Meshinchis, who now live in the Ann Arbor area, both grew up in Iran but crossed paths and married soon after moving to Michigan. The two grew up as Bahá’ís, a religious minority in Iran whom authorities consider infidels to society. Throughout their childhood, they witnessed torture, confiscation of family property, harassment and restrictions on their education, all because of their religious affiliation, according to the Meshinchis.

Nahal studied at the Bahá’í Institute of Higher Education, which was known as an underground university for Bahá’ís who were denied access to other schools.

“We knew that there was no higher education for us, because there is a written note that says that if a person at the university has been identified as a Bahá’í, he must be expelled, they do not aren’t supposed to say it in a university, which means public or private, at all times, ”Nahal said.

Faith is historically linked to Islam, say the followers, and there are similarities in the sense that God is the Creator of all and Baha’u’llah was the Last Messenger, who taught the oneness of God, of the human family and religion, according to the Washtenaw County Baha’i Center.

Iran recognizes Islam as its main religion, as well as Christianity and Judaism as minorities, but the Bahá’ís have experienced harassment, discrimination, job losses or denials, arrests, violence and more, according to the United States Institute for Peace. The faith first developed in Iran, but anyone can accept it, and it has since spread to the western world.

Nahal entered the country via Seattle to pursue studies before moving to Ann Arbor in 2004, when she attended the University of Michigan. Her husband Sasha went to Austria as a refugee before arriving in Michigan in 1997 through visa sponsorship, and eventually graduated from Eastern Michigan University and Wayne State University.

As they feel comfortable and welcome within the Baha’i community of Washtenaw County, the Meshinchis reflect on old and often dark times in their homeland.

“I don’t think there is a Baha’i in Iran who has not suffered at all, like the terror you had all the time, that you could be arrested, your property could be confiscated, your job will be taken, you will be in jail, “Nahal said.” This has always been presented every second of your life. So this is something that is experienced with any Baha’i in Iran, no one is left behind. shelter. “

Sasha and her family were financially secure and lived long before the 1979 revolution. But after that, everything changed.

His parents were fired and their property confiscated, he said. His grandparents lost their farmland and several properties they owned. His father worked for 28 years in a bank and was told to return the money he earned because the money “belongs to Muslims,” ​​Sasha said. But he had nothing more to give, and he was arrested and told that he could only get out of prison if he renounced his faith and converted to Islam.

“We lost everything,” Sasha said.

He and his Baha’i comrades were also harassed at school. There were times when teachers called the few Baha’is “infidels” in front of the class after they chose not to participate in a compulsory prayer.

He was nine at the time.

After graduating from high school, “it was the end for us, as the Supreme Leader declared that no Bahá’í can pursue higher education… they ignored or refused our application to university. I had no other choice. The only choice I had was, ironically, to go and do military service in Iran.

Despite serving for 27 months, Sasha still hasn’t been able to land a better paying job. Instead, he received a passport which allowed him to leave the country. It was then that he began his journey to America.

A look at the Bahá’í Faith

Any Baha’i aged 21 and over can join a Spiritual Assembly or vote to elect the body, said Paul Harrison, a member of the Ann Arbor community.

“There is no… an election campaign. There are no primaries. There is no endorsement or encouragement of any kind in electing people, ”said Harrison. “We need to be aware of people in our community who have proven to have the qualities that would be useful or necessary for a leadership position, and they are elected every year.”

Jose Uribe, a member of the Ann Arbor congregation, said the faith has no clergy or religious professional.

“The organization is ensured by these local spiritual assemblies. The functions are around the Faith Fund, therefore the Baha’is make anonymous voluntary contributions to the Fund. There is a local fund. The local assembly administers this money and decides what this money is used for, ”Uribe said.

“The Bahá’í Faith believes that Bahá’u’lláh was the last of these messengers to bring the same message of humanity,” Uribe said.

The belief is that “God will send a new messenger. The Baha’i Faith sees itself as a continuation of all of these divine religions, the most recent being Islam, ”Uribe continued.

The Bab was a Forerunner of Bahá’u’lláh, one of His ancient disciples, Uribe added.

“The Bab was the first to proclaim that he is a messenger from God. Baha’u’llah was one of His disciples from a noble family, ”said Uribe. Baha’u’llah merged into the figure which the Bab promised to mankind.

One of the strongest forms of worship is serving others. And a staunch pillar of the faith, especially for those who wish to pursue it, is the independent inquiry, said Parvin Keller, member of the Ypsilanti township assembly.

“When you grow up in a religion, sometimes you don’t question it,” Keller said. “You always have to question yourself… we see religion as a living and evolving thing. Our relationship with God is something that evolves as our understanding and technology evolves. Spiritually, we must also evolve. We regard these revelations as a pure mirror that reflects the light of God. As humanity evolves, the next messenger will update the teachings to match our material and physical growth.

More on faith is available here.

The state considers them “unprotected infidels”, according to the resolution, and prohibits Bahá’ís from exercising specific professions, educating themselves, and burying deceased people in a Bahá’í cemetery in Kerman.

“Instead of protecting us like Christians and Jews are protected in Iran, they call us unprotected infidels, and then they say Baha’i worship and religious practices are considered heresy,” Thomas said.

The other grandfather of his grandchildren was an Iranian who lost his engineering job due to his beliefs and was told to give up his faith or leave.

“We just think this is something the people of Ann Arbor need to know. May people live among them who belong to this religion which is protected here in the United States, ”said Thomas. “And yet we see that these atrocities are being committed and government leaders around the world are standing up to condemn these atrocities. “

Thomas has already brought together the community, Bahá’í and non-Bahá’í, to write letters to leaders of Congress, watch films at the UM library on the suppression of higher education, and for other popular supporters. to encourage federal officials to stand up for the community, she said.

“We want people to help us defend ourselves,” Thomas said. “We have a lot of stuff that we can distribute to people just to raise the level of conversation about the need for protection of this particular minority.”