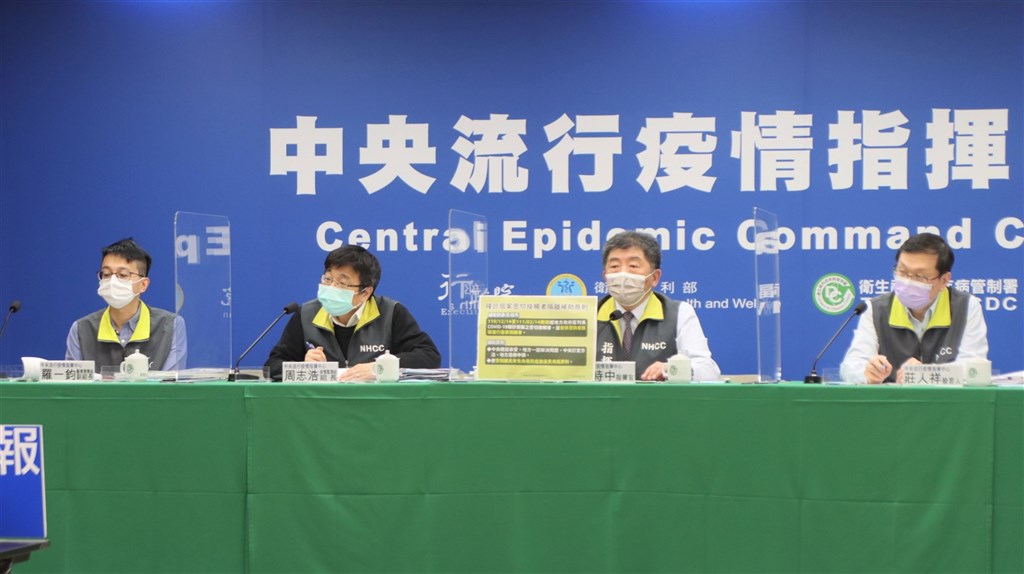 CECC is closely monitoring the COVID-19 cluster of religious groups

Taipei, Feb. 18 (CNA) A growing cluster of COVID-19 cases that began at a religious gathering in Taipei has become a major issue as all but one of the 16 new domestic cases recorded on Friday were linked to the cluster. , the Central Epidemic Command Center (CECC) said.

The group’s first case was confirmed on February 13 – a New Taipei man who contracted the Omicron variant of the coronavirus – and since then the number has risen to 30, with 15 reported on Friday, the health minister said and of Welfare and CECC head Chen Shih-chung (陳時中) said at a press briefing.

The man’s roommate and three other contacts are among those who recently tested positive for COVID-19, Chen said, adding that one of them attended the religious gathering in Taipei on Feb. 13.

On Thursday, eight people who also joined the rally were confirmed to be infected with COVID-19, while 15 of the 16 new domestic cases reported on Friday were linked to the cluster, Chen said, listing seven in New Taipei, five in Taipei, two in Kaohsiung and one in Tainan.

The CECC sees the cluster as a major area of ​​concern, given that people who attended the Feb. 13 rally came from all over Taiwan, Chen said. Local authorities are working quickly on contact tracing to contain the spread of the disease, he said.

Meanwhile, the only other new domestic case reported on Friday was the child of a Tainan resident who tested positive on Wednesday after visiting a friend in Kaohsiung, according to the CECC.

The friend is the relative of an employee at the Dalin refinery in Kaohsiung, which was the site of another nationwide cluster of nine cases that is now under control as some 3,000 contacts tested negative, said Chen.

Two of the employee’s relatives, who tested positive for COVID-19 on Feb. 14, were confirmed to be infected with the Omicron BA.2 virus, a sub-variant behind a cluster linked to Kaohsiung port, it said. he declares.

In a separate press briefing, Kaohsiung Mayor Chen Chi-mai (陳其邁) said two new COVID-19 cases were reported in the city on Thursday, but they were part of the gathering group. religious.

One of the patients is an employee of a Yageo Corp plant. in Nanzih district in Kaohsiung, and 180 of his 392 identified contacts have so far tested negative, the mayor said.

In Tainan, the city government said 71 people have been listed as contacts of a woman in the religious gathering group, while 41 have been identified as contacts of her child, who tested positive after being placed in quarantine.

Thirteen of Friday’s new domestic cases were classified as breakthrough infections, while three were unvaccinated people, including a boy under 10, who is not eligible to receive a COVID-19 vaccine. in Taiwan, the CECC said.

In addition to domestic cases, Taiwan also reported 51 imported cases on Friday, including 16 among passengers arriving at the airport that day, while the rest were people who entered Taiwan as early as Jan. 23, the CECC said. It did not reveal the vaccination status of the imported cases.

At the CECC press conference, Health Minister Chen said that genome sequencing in the case of an aviation policeman at Taiwan Taoyuan International Airport showed he was infected with the Omicron BA.2 subvariant, but that it was genetically different from the Omicron variants behind the recent outbreaks in Taoyuan and Kaohsiung.

The police officer’s infection was confirmed on February 15, and his granddaughter and daughter in Taipei have also since tested positive.

Update on Omicron in Taiwan

Of the 502 cases imported from Omicron, only three had developed serious complications, while 277 were asymptomatic and 222 had mild symptoms, he said, adding that 306 of them tested positive for COVID. -19 upon arrival in Taiwan, some as far back as last December.

He said that of the 750 national COVID-19 cases recorded in Taiwan between Jan. 3 and Feb. 17, two patients developed serious complications, and one has since recovered, while the other died. February 4.

In 60.1% of those 750 domestic cases, symptoms were mild, Lo said, adding that the rest were asymptomatic.

To date, Taiwan has confirmed a total of 19,864 COVID-19 cases, including 15,369 locally transmitted infections.

With no deaths reported on Friday, the number of confirmed COVID-19 deaths in the country remained at 852.