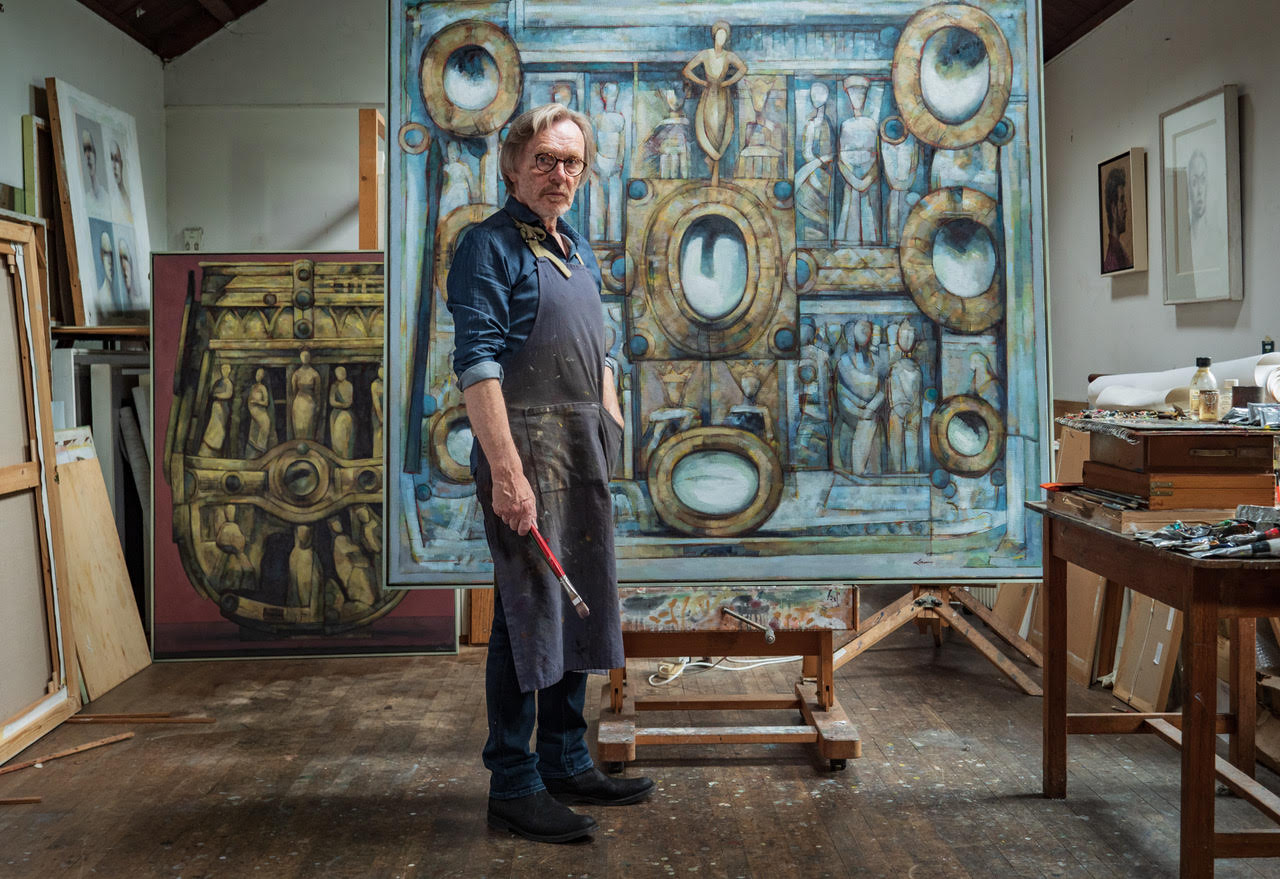 The Hunt Museum is bringing ‘The Artefacts Project’ to Limerick from July 21 to September 11, giving visitors the chance to see familiar objects from pre-colonial Ireland in a different light.

Lorcan Walshe’s “The Artefacts Project” works are inspired by indigenous craftsmanship and early Irish religious treasures. Croziers, Missels, Bells and Sanctuaries are transformed in this unique exhibition of paintings and drawings.

15 years after its debut at the National Museum of Ireland, The Artefacts Project is revived and partially reworked following a heightened awareness of the importance of Walshe’s work.

Her engagement with artifacts from the precolonial past in her search for artistic and cultural roots has been compared to the approach taken by Frida Kahlo in her revival of the precolonial.

Celtic visual arts craftsmanship spread to every corner of medieval Christendom, but the traditions were subsumed into Christianity and colonization. Through The Artefacts Project, Lorcan Walshe investigates and interrogates the art of our past and in the act of translation, transforms objects from one art form to another, creating beautiful contemporary art.

Lorcan Walshe explains: “It was a very expressive time and what was coming out of the monasteries was really fascinating. While traditional Irish music survived colonisation, unfortunately the visual traditions were lost due to the disbanding of the monasteries.

“Art in Italy and Spain is still obviously linked to its past, but not in Ireland. So I decided to work from the artifacts to create something modern while being directly related to our indigenous culture.

“Many of the objects that inspired the project were augmented or renovated centuries after their initial creation. Likewise, I augmented some of my works years after they were created, following in the footsteps of their medieval creators. he said.

Hunt Museum director Jill Cousins ​​said the museum has fine examples of many of the objects that inspired Lorcan Walshe’s work.

“We hope a rerun of The Artefacts Project will spark a new appreciation for the incredible craftsmanship of Irish indigenous culture.

“Irish craftsmen have produced some of the finest carved croziers, missals and bronze bells. Lorcan’s way of seeing and translating takes us into the richness, texture and subtle colors that bring “past” museum objects to life.

“The Artifacts project surprises and challenges as Walshe makes us question what we see and what we think we know – a crucifixion space is replaced by a woman, a shrine in the shape of St Patrick’s tooth or the bell from Clonmacnoise seems to ring.” she added.

In the spirit of the ever-present past, the Hunt Museum has placed its four bronze Irish handbells at the heart of the exhibition and enhanced the way visitors experience them using the sense of hearing.

The bells will tell the time with the sounds of Limerick played through the sound formed by each bell. Visitors will also be able to play and hear their own voice creating new soundscapes to complete the visual feast.

Several paintings and drawings from the exhibition will be put up for sale.