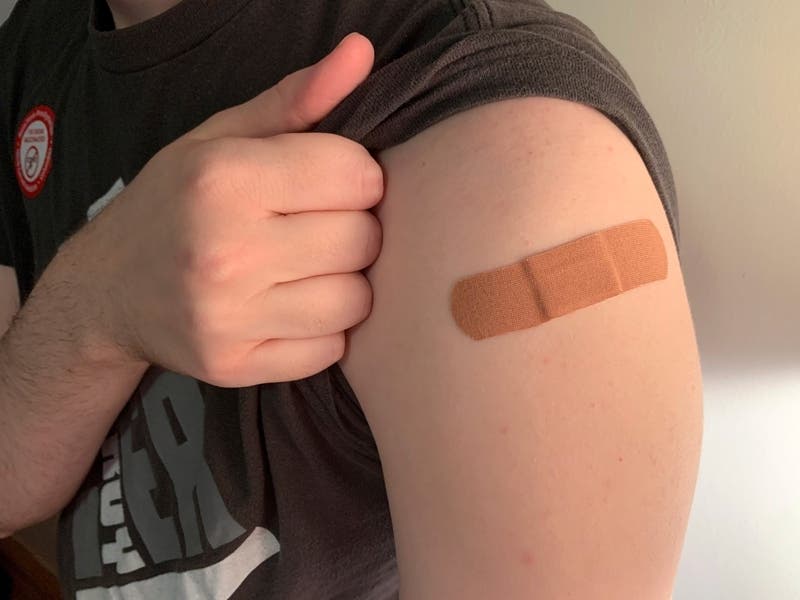 GLENVIEW, IL—When Cathy Kedjidjian received a letter with strong terms from representatives of the evangelical Christian rights organization Liberty Counsel, she had to do a double take.

Kedjidjian is the director of communications for Glenview School District 34, a public school district that mandates COVID-19 vaccinations for staff but offers religious and health exemptions for those who qualify.

Liberty Counsel wrote to District 34 Superintendent Dane Delli in an April 7 letter on behalf of six district employees who, according to the Florida-based nonprofit, “engaged us to secure their constitutional and statutory rights to not be required to be vaccinated against COVID-19 as a condition of their employment.”

According to District 34 officials, however, each of the 22 employees who have applied for a religious or health exemption from the vaccine has had their application granted so far. Kedjidjian said that of the 22 people who filed a request with human resources, many of them were pregnant employees who only wanted to delay their vaccinations until after they had given birth.

“I assure you that the school district has not denied any exemption to any employee with a religious, conscience or other basis,” Delli wrote in a letter to Liberty Counsel.

Liberty Counsel representatives Richard L. Mast and Horatio G. Mihet also wrote to the district that “many” other employees likely share “similar beliefs” against “forced vaccination” to the six people who reached out.

Kedjidjian said the district does not know who contacted Liberty Counsel, but a staff newsletter this Friday would attempt to again clarify that vaccine exemptions are an option staff can inquire about.

In a survey of all staff in January, only 2% of those who responded said they were unlikely to receive the COVID-19 vaccine, Kedjidjian said. The survey also revealed that 90% were planning or had already received the vaccine. The remaining 8% were undecided at the time.

As of Tuesday morning, 549 of 750 employees reported being fully vaccinated in the district. Every morning, staff fill out a questionnaire that asks about potential symptoms, contact and whether two weeks have passed since a full dose of vaccine.

Kedjidjian believes that number will increase over the coming weeks, as many teachers received their second dose at local vaccination clinics in early April.

The Liberty Counsel posted an update on its website Friday that says District 34 has “reversed” its vaccination policy, despite school officials insisting that religious exemptions were still available.

The organization recently became known in Illinois for helping churches in Chicago and Niles in a legal battle against COVID-19 restrictions on the size of services.