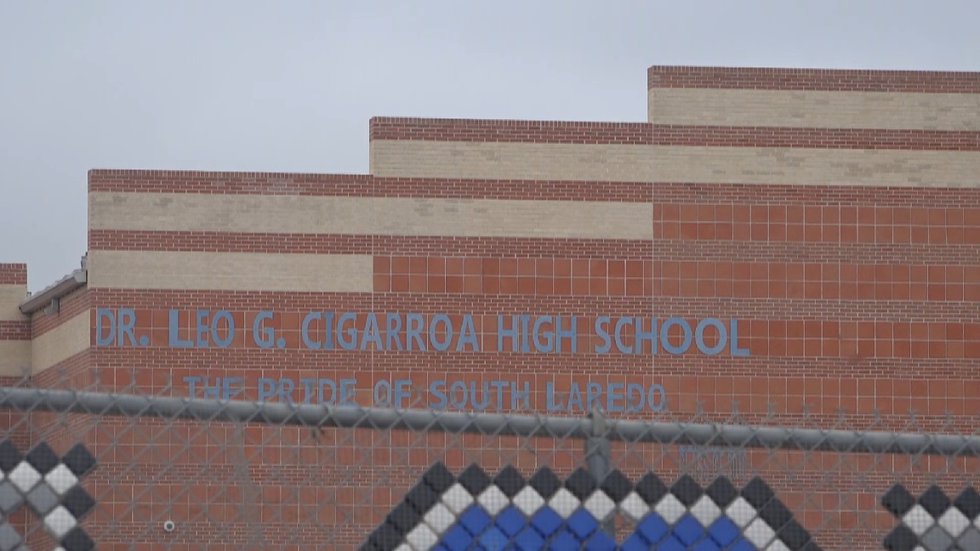 The organization, the school district and a local pastor, who agree, talk about the visit.

A time of faith healing attempts, prayers, bibles and bracelets are just some of the activities and items that have been donated to students by the “Time to Revive” group, an evangelical ministry group from North Texas.

The visit took place at the beginning of April at Cigarroa High School.

A student posted a video on Tik Tok about the visit.

In the video, the students claim that the preachers said if they didn’t pray hard enough they would go to hell.

Although this visit caught the attention of parents and the community.

A national organization took matters into their own hands.

Freedom From Religion Foundation or FFRF, a nonprofit group that works to protect the constitutional principle of separation between state and church, says visitation by religious groups is troubling.

However, they say students should have a say in what groups can be on campus.

The organization’s attorney, Chris Line, said it sent a letter to the district to investigate the claim.

Line says if the school continues to promote the arrival of religious preachers and use their school’s resources to promote Christianity, then any student or parent could take legal action at any time.

Local pastor Hector Patino says that while the word of God should be spread to people of all ages, he says pastors and other religious groups should follow state law.

Patino says, “We must also abide by the laws of our community and our state, which state that we, as a Christian or our ministries, are not allowed to set up on school grounds or participate in unless the students themselves participate.”

In the letter from the Freedom From Religion Foundation sent to LISD, it reads in part: “Public schools are not an appropriate place for outside adults to convince students to convert to their beliefs or attend their church.

We contacted LISD about the visit who immediately addressed it in a statement saying, “The District respects the rights of every student to religious expression, but recognizes that requiring students to come together for any religious expression does not correspond to their current policies or practices”.

KGNS also contacted Time to Revive for comment on the visit but did not receive a response.

LISD goes on to say, “We will continue to protect the rights of its students while enforcing all state and federal laws regarding the separation of church and state. However, students or parents should report any religious act or activity in their school district. »

2022-04-26
Previous Post: Polio vaccination meets resistance due to religious beliefs – Malawi 24
Next Post: Nearly 12,000 Catholic churches across the U.S. applied for PPP loans, and 9,000 of them were granted the loans