According to Hindu religious beliefs, there is a tradition of worshiping Kamdev on Basant Panchami day. In the scriptures, Kamadeva is considered the lord of love. It is believed that if they are not there, the progression of the universe will stop. Along with this, the feeling of love in creatures will end. This is the reason why special importance is given to Kamadeva. 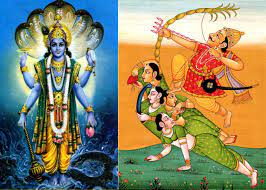 Why is Kamdev worshiped on Basant Panchami?

According to the scriptures, the season of spring is connected with Kamdev. With the arrival of spring, the weather becomes pleasant. Another kind of beauty is seen in nature. Along with humans, happiness is also passed on to other creatures. According to mythological beliefs, Kamdev is the son of Goddess Lakshmi and Lord Vishnu. He was married to the goddess Rati. Goddess Rati is the goddess of attraction and love. However, in some stories Kamadeva is described as the son of Brahma. According to mythology, Kamadeva once broke the penance of Lord Shiva. Because of this, Shiva’s mind became inconstant. When Lord Shiva learned the truth, he consumed Kamadeva with his wrath. Knowing this, Kamadeva’s wife, Rati, started crying. It is said that at the request of Rati, Lord Shiva granted Kamadeva a boon to reside in nature in the form of a spirit.