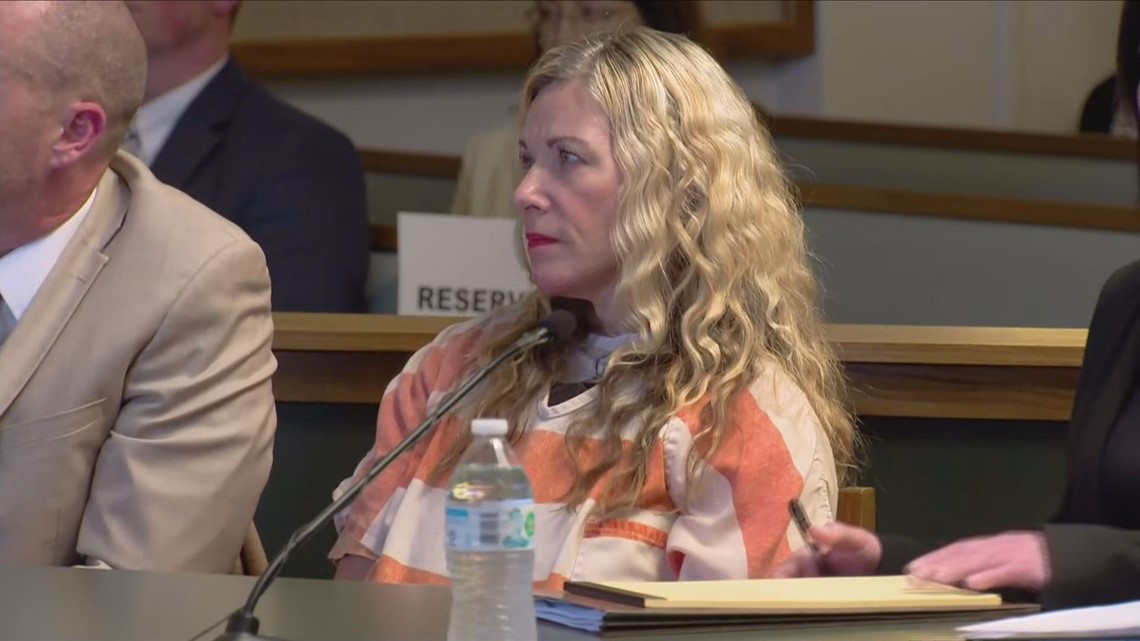 ‘I was going to kill him’: Lori Vallow Daybell tells church group she wanted to kill her ex-husband in new recording

By: Kathleen A. McGhee
In: Religious group
Tagged: religious beliefs

Sunday, Phoenix Police Sgt. Mercedes Fortune has said she is aware of the new information and will look into the investigation into the death of Joseph Ryan in 2018.

Right now, she and her current husband, doomsday author Chad Daybell, are locked up and face charges in Idaho related to the deaths of her two children, who previously lived in Arizona.

This new recording, shared with Eastern Idaho News, raises questions about a different death after someone overhears Lori talking about the murder of an ex.

“I was going to kill him,” she said in the recording. “I will kill him as the scriptures say.”

The audio, according to East Idaho News, is from a church group meeting in October 2018.

Although she never utters his name, contextual clues reveal that she is talking about Joseph Ryan, her third husband.

She tells the group that their marriage ended badly.

“After we got divorced, he told everyone I was that crazy, lying Mormon.”

And that the custody battle for their daughter Tylee was bitter.

Joseph Ryan died months before that meeting in April 2018 from an apparent heart attack, according to his autopsy report.

Sunday, Phoenix Police Sgt. Mercedes Fortune has said she is aware of the new information and will look into the investigation into the death of Joseph Ryan in 2018.

East Idaho News reports that the recording is from Ryan’s sister, Annie Cushing. Cushing told them she hoped the recording would prompt Phoenix police to review Ryan’s sudden death.

At the time of recording, Lori was married to her fourth husband, Charles Vallow. In early 2019, records show that their marriage was strained. Charles then told Gilbert police he was concerned about his wife’s darkening religious beliefs and the safety of their children.

“I’m either going to turn my life in the temple or commit murder … I have nothing to lose,” Lori said in the recording.

A few months later, in September 2019, Lori moved with her children, JJ Vallow and Tylee Ryan, from Arizona to Rexburg, Idaho, where Chad Daybell lives. The two children would go missing before the end of the month and remain unaccounted for until investigators find their bodies brutally buried in Chad Daybell’s backyard in June 2020.

Court records show Lori and Chad tied the knot in November 2019 following the death of Chad’s first wife, Tammy Daybell, in October. Tammy’s death was originally considered a “natural cause,” but her body was subsequently exhumed and her death is under investigation. Authorities in Idaho are investigating Chad and Lori as part of the investigation.

In December 2019, police announced that Lori’s brother Alex Cox had died at his home in Gilbert. The medical examiner ruled her death “natural”, but police in Gilbert said they were still investigating. Court records show Alex Cox also rented an apartment in the same complex as Lori’s in Idaho. Investigators say it was Alex Cox’s cell phone pings that ultimately led them to discover the bodies of JJ and Tylee.

Chad and Lori both face conspiracy charges related to the deaths of JJ and Tylee. Last month, a judge decided to combine their cases for trial. A new date has not yet been set, although they were both originally scheduled for separate trials in 2021.

2020-11-06
Previous Post: This local faith group is using their virtual platform and art to bring people together
Next Post: Religious group in Preston hosts live international debate after France bombings