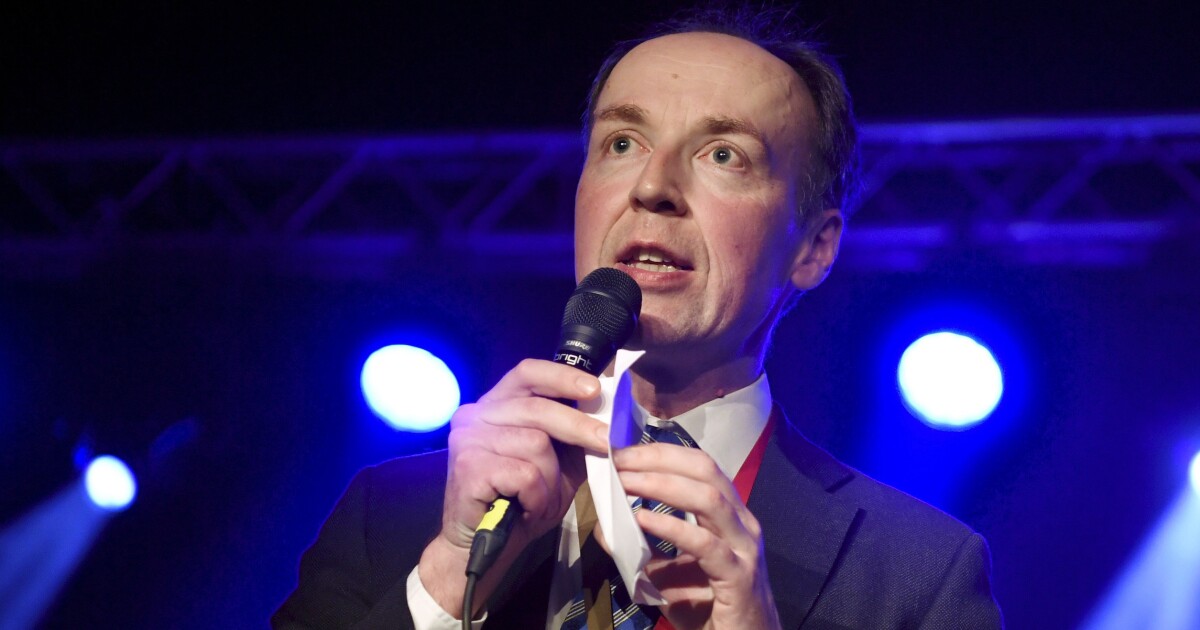 The Helsinki District Court in Finland is currently considering hate speech charges against a Christian Democrat parliamentarian and a Lutheran bishop for tweeting Bible verses and saying that homosexual activity is forbidden in the Bible. The public prosecutor pleads that they “threatened, defamed or insulted” the gay and transgender community, in violation of Article 10 of the Penal Code, which provides for penalties of up to two years imprisonment and fines, as well as the future implicit censorship of these traditional religious beliefs.

The court won’t have room for a Solomonic baby split or a Utah compromise-type solution that gives each side something. Moreover, the nature of hate speech laws and their precedents in Finland suggest that this crucial matter will be decided on political grounds, not on legal reasoning or consideration of cultural and historical traditions, and will lack basic due process.

The lawsuit is the culmination of a two-year investigation sparked by a tweet sent by MP Paivi Rasanen in June 2019, opposing the Evangelical Lutheran Church of Finland (a state church) for its co-sponsorship of the parade Helsinki LGBT Pride. The parliamentarian also linked on Instagram a photograph of a biblical passage, Romans 1:24-27, which criticizes same-sex relationships. She explained that she meant no offense, only to defend her deeply held religious beliefs.

The police questioned her for almost four hours, including on the letter of the apostle Paul to the Romans, and concluded that no crime had been committed. However, Attorney General Raija Toiviainen came to a different conclusion, reopened and expanded the investigation, and eventually charged her not only for the tweet, but also for her booklet, Masculine and Feminine He created them: same-sex relationships challenge the Christian conception of humanity, which is online. The prosecutor also accused Bishop Juhana Pohjola of publishing Rasanen’s book in 2004, seven years before the law was changed to protect gay and transgender people. Both are now being prosecuted for the crime of “ethnic agitation” under a sweeping hate speech law.

Europe’s vaguely worded hate speech laws, which rely on the subjective feelings of members of certain protected groups without requiring any proof of actual harm or violent action, lend themselves to abusive prosecution. Research for our book on blasphemy laws, Quiet, revealed that Finland’s hate speech law is particularly susceptible to being used to score political points and suppress opponents, as it further dispenses with the need for the protected group to be involved in the complaint and even makes reasoned criticism a criminal act.

The case of another parliamentarian, Jussi Halla-aho, gives a glimpse of what to expect when hearings resume on February 14 – and shows the extremes to which Finnish prosecutors and courts are willing to go to get convictions. About 10 years ago, Halla-aho was convicted of “defamation of religions” for writing negative blog posts about Islam. After police decided to drop their investigation into particular posts, the government combed through its extensive free speech blogging site, ultimately accusing it of defaming Islam. At trial, the court ruled Halla-aho’s reasoning, presented in his defense, inadmissible because “[l]Logical arguments and so-called arguments of reason have no real meaning in the debate on religious matters. Halla-aho was found guilty and fined after the court ruled he had no intention of engaging in a sincere discussion of Islamic beliefs. His conviction was upheld by the Supreme Court of Finland, which raised his fine for good measure.

Like Halla-aho, Rasanen is a successful politician. She was chairman of the Christian Democratic Party of Finland from 2004 to 2015 and interior minister from 2011 to 2015, raising concerns that this case could also be political. One of the charges, based on a publication well before the amendment including gay and transgender people, appears to be an ex post facto application of the hate speech law, a violation of basic due process. But the most serious due process flaw is the vagueness of the law itself. What opinion was there before this lawsuit that a traditional teaching of Christianity was now criminalized? Will investigations begin against Jewish, Muslim and other preachers because of the same traditional teaching? In a country where more than 70% support same-sex marriage, what evidence is there of incitement, let alone “ethnic” agitation, as the crime is officially called?

On the opening day of the hearing, January 24, the court considered passages from the Bible and assumed a quasi-papal role in trying to determine Christian teaching on marriage and sexuality and the interpretation of Scriptures to follow: the traditional or the liberal. . He seemed to be looking for a way to avoid outright censorship of the Bible, or at least not have to lock it away in a secure archive that requires a state pass to read it, like in China. .

It remains to be seen whether the court will give weight to Finland’s millennia-old Christian tradition and common beliefs about marriage (same-sex marriage only became legal in Finland in 2017) and allow further debate on the issues. public – and whether it will take into account the central question. the importance of freedom of expression and religion in a democracy. These freedoms were established to protect unpopular, even heretical beliefs and opinions. The irony is that it was the freedoms of religion and speech that led to the acceptance of same-sex marriage in Finland.

The decision in the Finland case will be crucial. Condemnations on this controversial subject will erode the twin freedoms that underpin state democracy. A Western secular court will have set a new precedent by deciding what Christian teaching is permitted and establishing “certain limits.” This trial deserves to be followed closely.

Nina Shea and Paul Marshall are senior fellows of the Hudson Institute and its Center for Religious Liberty and co-authors of the book Silent: How codes of apostasy and blasphemy stifle freedom in the world.