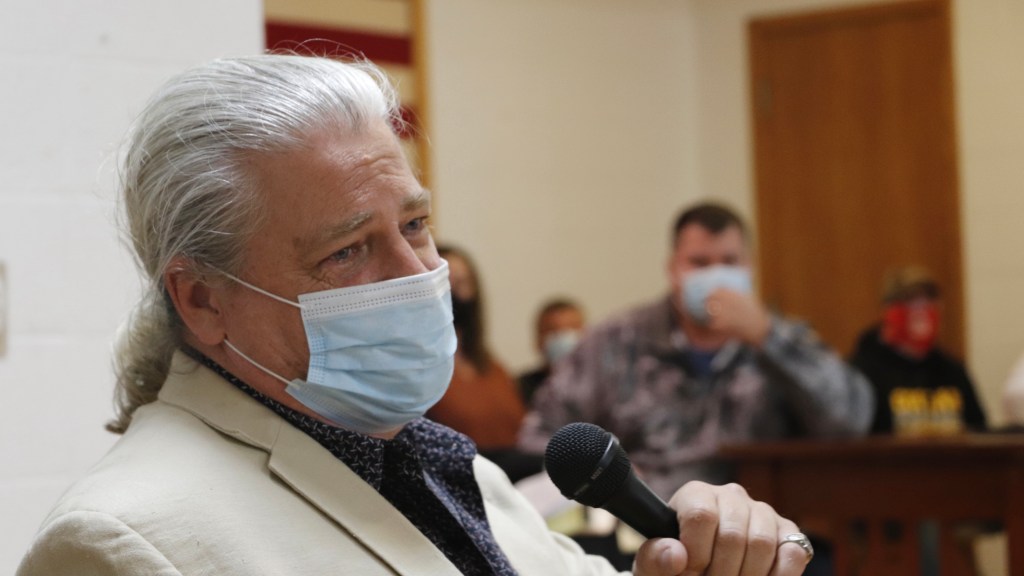 MURDOCK, Minn. – Members of Murdock City Council on Wednesday approved a conditional use permit and conditions allowing the Asatru People’s Congress to use a building it bought as a church.

Board members voted 3-1 on motions for both actions, with board member Stephanie Hoff voting alone.

The Asatru People’s Assembly purchased and rehabilitated a former Lutheran church located along US Highway 12 in Murdock, approximately 125 miles west of St. Paul in Swift County. The group learned after the purchase that the building had already been rezoned for residential use.

The building is intended to serve as a third “hof,” or place of worship, for the Asatru People’s Congress, which is named as a hate group by the Southern Poverty Law Center. The assembly also owns properties in North Carolina and California.

Murdock Mayor Craig Kavanagh opened the meeting on Wednesday by noting that the issue was “quite controversial”. He stressed that council members should see this as a matter of zoning and not what council members might think of the group. He said the town of Murdock “condemns racism in all its forms”.

City attorney Don Wilcox told council members he found no evidence that the use of the building by the Asatru People’s Congress would violate the city’s conditional use permit standards .

The virtual meeting took place via video software. No board member had an active video stream. Only audio was available on a black screen, and there was no on-screen indication of who was speaking. Several public viewers of the meeting commented in a thread that they couldn’t hear well and didn’t know who was speaking or who was voting.

The resolution approved by the board concluded that “the establishment, maintenance or operation of the conditional use will not harm or endanger the health, safety, morals or comfort of the public.” The concerns raised by the public did not directly relate to AFA’s use of the property. Rather, they were linked to the presence of AFA in the community, regardless of location.

Wilcox pointed out that the group has upgraded a building that had fallen for repair and is making repairs in progress. The council members’ resolution acknowledges concerns that the AFA is a hate group, but says the group refutes those allegations.

While Wilcox noted that the group is considered by many to be a white supremacist organization, it is a religious nonprofit organization. The lawyer said zoning cannot be used to impose a burden on the exercise of religious expression.

The Asatru People’s Congress has been named a hate group by the Southern Poverty Law Center because of its white-only belief system and current and former leaders espousing racist ideology.

About two dozen people gathered earlier Wednesday along US Highway 12 to protest the group’s installation in Murdock, a town of less than 300 residents.

One of the protesters, Ben Kowalskygrahek, of St. Paul, said he came out because he wanted to make it clear that Asatru’s People’s Assembly does not represent other pagans.

“I think the AFA appropriates or uses pagan rituals, gods and goddesses as a spiritual veneer over white nationalism,” said Kowalskygrahek, who identified himself as a pagan.

The protest was led by the Murdock Area Alliance Against Hate, and members said they plan to continue pushing for the group’s withdrawal in response to the vote.

Victoria Guillemard, organizer of Murdock Area Alliance Against Hate, said they were protesting Wednesday in support of the city’s city council and wanted the council to deny the conditional use permit to the Asatru People’s Congress.

“We want them to make the right decision,” Guillemard, a law student who lives in Murdock, said before the council vote.

Guillemard said if the city grants the permit, it will need to be renewed every year. The council then approved a one-year permit, renewable each year.

“This means we have a full year to gather evidence of how (AFA) is harming the Murdock community,” Guillemard said.

The Asatru People’s Assembly faced a community backlash at a public meeting in October when locals worried about violence from former members and a racist organization setting up in Murdock looks like the city.

“We don’t want to be known as the hate capital of Minnesota,” resident Pete Kennedy told council members at the October public hearing.

An estimated 50 people, including journalists from the region and the Twin Cities, attended the previous hearing. A majority of those who spoke voiced objections to a permit.

“We assure you that we are good neighbors,” the Tallahassee, Florida resident said as the group representative. “We are a traditional and family faith and we believe in being good neighbors. “

2020-12-10
Previous Post: A white-only religious group just got the green light to open a store in the Midwest
Next Post: Ancient religious tradition, historical practice and constitutional law: the epiphany