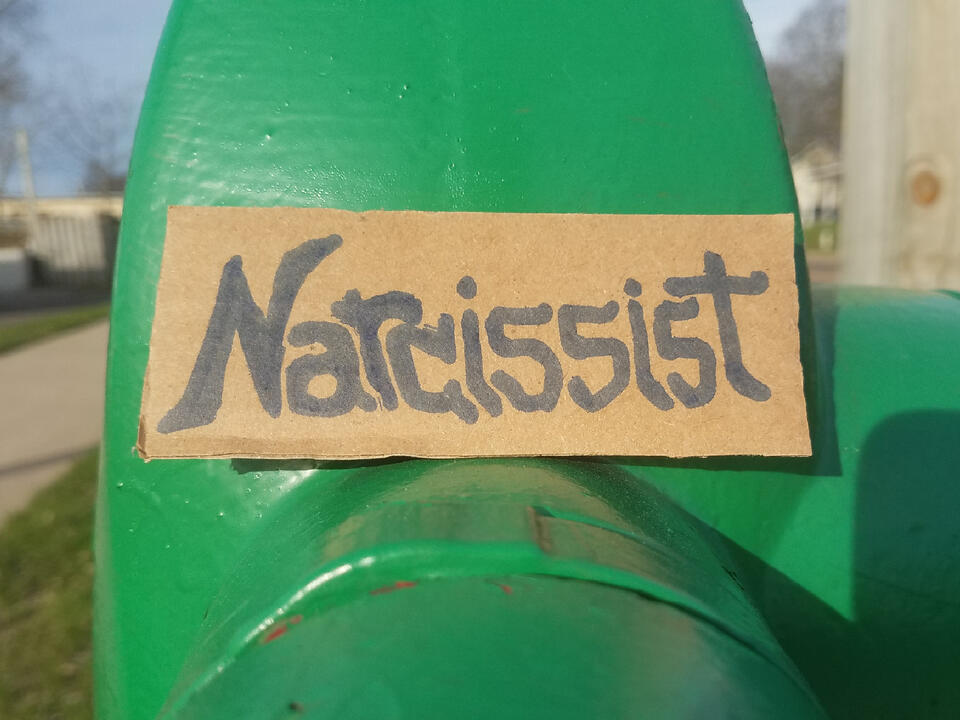 Opinion: My Narcissistic Dad Used His Religious Beliefs To Control Me | Walter Rhine

Choosing a religion is one of the most personal choices an individual can make. Unfortunately, American society seems to be moving towards a place where more and more people are imposing their religious beliefs on others.

I grew up with a narcissistic father who had very strong opinions about almost everything. If I disagreed with him, there was no room for debate. My only choice was to adopt his beliefs or receive punishment.

My narcissistic father claimed he was strict about instilling good values. In reality, he was arrogant and unable to recognize when he was making a mistake.

When I turned eighteen, it became my legal right to make personal choices. My narcissistic father does not respect the fact that I have chosen to live a life different from his.

If I chose not to bow my head in prayer, that is my choice. He must respect that.

If I choose not to participate in religious ceremonies that he deems important, that is my choice. He must respect that.

If I chose to believe that his religion is ridiculous and harmful to others, that is my choice. He must respect that.

When someone doesn’t treat you with respect, it doesn’t matter if they are a parent. They have no right to impose certain demands on you. If they lack the maturity to understand this, you better do without them.

Growing up, I always found it offensive when I visited friends and their parents made me participate in their religious ceremonies. I don’t mind observing a religious practice respectfully, but I don’t think a child should be forced to participate.

People often falsely claim that our schools forbid prayer. It’s a complete lie. There is no prohibition against quietly bowing the head in prayer. The only thing that is prohibited is forcing children to participate in the prayers of religions to which they do not belong.

Anyone who claims that our schools prohibit prayer is committing a sin with that statement.

In the United States, mores should be basic to allow people to make their own decisions about religion. Unfortunately, many people feel they have the right or the obligation to impose their religion on others.

Children should be able to choose a religion or no religion. Many parents forbid their children to know that other cultures and other religions see the world differently from them.

American society has a problem with teenage depression. One of the problems may be that our children have their religious and moral ideologies too tightly controlled.

Children become depressed because they don’t fit into American society. Few of them are told that if their current life isn’t working out, they have permission to try something different.

For my narcissistic father, religion was about acting like he was better than everyone else. He often criticized the behavior of others. Sometimes he was even hateful.

He claimed that religion was important, but his actions said otherwise. He didn’t spend his time helping others. Instead, he spent his time criticizing others.

As an adult and as a child, I don’t feel like I ever have to hear about a person’s religion. I believe religion is a private matter. People shouldn’t talk about it.

If people want to be ambassadors for their religion, they have to lead by example. They should help people in need.

My narcissistic father only used his religion to criticize others. His religion felt more like a hate group than a charity. Children should not have to endure religion-based criticism from people who do not live by their own principles.