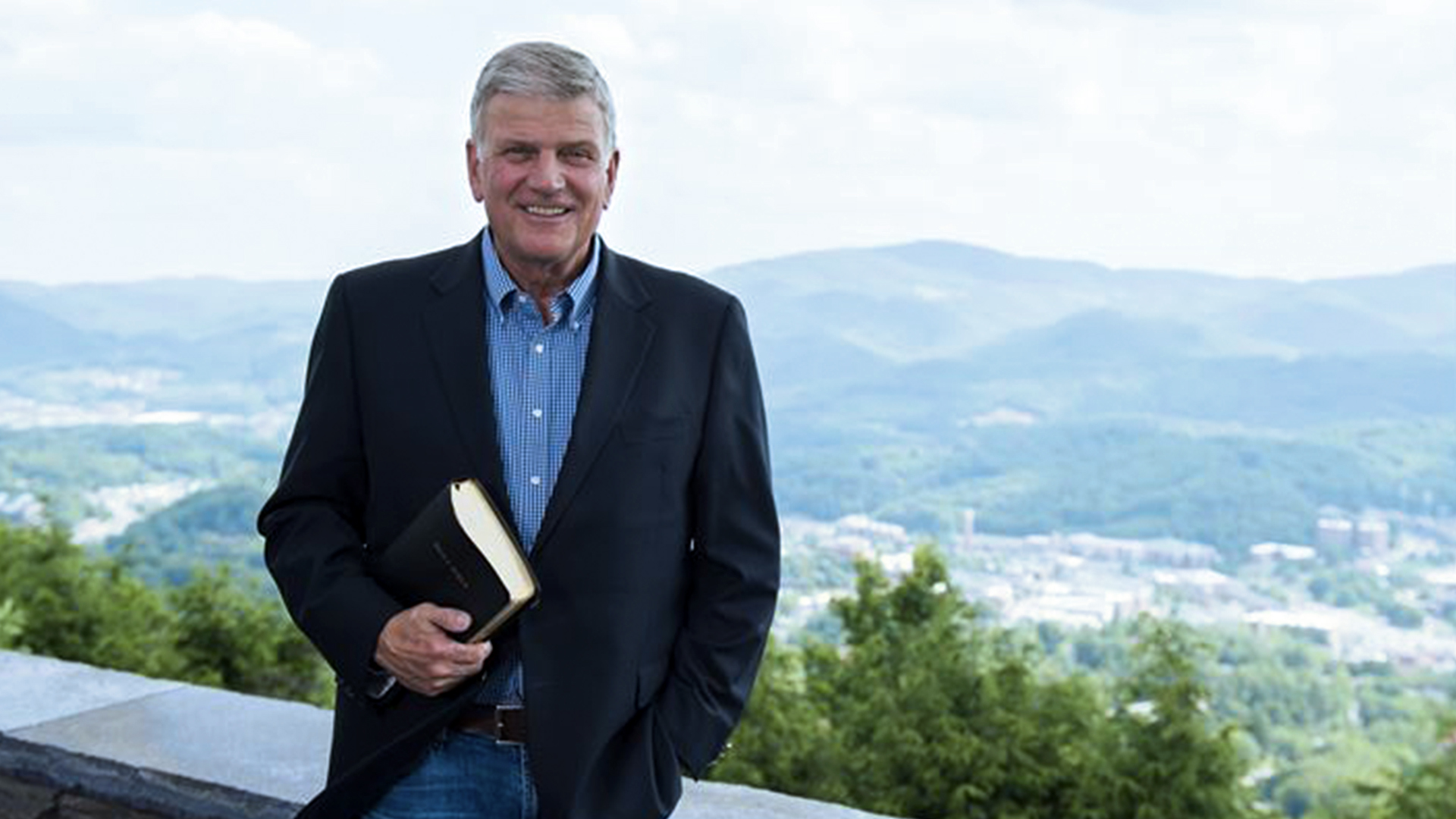 Franklin Graham once again receives a denial from a UK official who challenged the evangelist’s religious beliefs on marriage and sexuality.

Graham, who is the President and CEO of Billy Graham Evangelical Association (BGEA) and the humanitarian ministry Samaritan’s Purse, embarks on its “God loves you” tour this month and plans to visit Liverpool, South Wales, Sheffield and London.

According to BBCLiverpool Mayor Steve Rotheram said adverts promoting the upcoming event should not be displayed on city buses and called Graham a “preacher of hate”.

In a statement to CBN News, the BGEA noted that the signs supporting the event do not contain hate speech, but rather encourage people to flourish through a relationship with our Lord and Savior.

“It is deeply concerning that some public officials are trying to interfere with our contract advertising in the Liverpool area because of their opposition to our religious beliefs,” the BGEA told CBN News. “The content of our advertisements consists of the question ‘looking for something more?’ with Reverend Franklin Graham’s photo and information on the God Loves You Tour event taking place at 7.00pm on May 14 at the Liverpool Exhibition Centre.

“There is nothing offensive about these advertisements. The objection is directed to the Reverend Franklin Graham and the Billy Graham Evangelistic Association based on our Christian beliefs. Unfortunately, this objection is familiar and predictable,” reads the communicated.

Promotions for the tour were displayed on buses owned by Stagecoach and Arriva. Rotheram has written to both bus companies, asking for the immediate removal of the signs, the BBC reports.

“To say that I am angry that the views of a known hateful preacher – who has an appalling track record of homophobic and Islamophobic views – are being posted anywhere in the area of ​​our city would be an understatement,” Rotheram said.

He argued that the publicity of Graham’s Christian beliefs on the buses, which are used by people who “belong to the very communities at which Mr Graham directs his bigotry and his bile”, was “inexcusable”.

*** Please sign up for CBN newsletters and download the CBN News app to ensure you continue to receive the latest news from a distinctly Christian perspective. ***

But this is not the first time the longtime evangelist has come under fire in the UK for adverts highlighting his religious events.

CBN News previously reported that signs posted on buses in Blackpool in September 2018 caused an uproar. The adverts promoted the Lancashire Festival of Hope where Reverend Graham was due to speak.

Blackpool Borough Council and Blackpool Transport Services Limited removed the signs, which simply said ‘Time for Hope’, citing complaints from members of the community about Graham’s association with the festival.

In April 2021, a judge ruled that Graham faced discrimination when advertisements promoting the event were removed from buses. The court agreed that Blackpool council was more concerned with not displeasing the LGBTQ community by banning Graham from preaching the gospel.

Even with the ads removed, the Lancashire Festival of Hope with Graham brought together 9,000 people in Blackpool, garnered more than 50,000 online views globally and saw more than 400 people dedicate their lives to Christ.

“We certainly respect the right of others to disagree with us on matters of religious belief. It is disappointing, however, that officials elected to represent their entire community describe traditional Christian views as “and actually use their office to discriminate against them and interfere with the expression of their beliefs,” BGEA told CBN News at the time.

“Despite efforts to mislabel Reverend Graham as a ‘preacher of hate’, he made it clear that he came to the UK for one purpose – to share a message of God’s love for all,” said the BGEA. “That’s why the tour has been named the God Loves You Tour. We invite everyone to come and hear this message of good news.”

Graham’s battle for religious freedom is far from over in the UK. Before the pandemic began in 2020, many venues in the UK had discriminated against Graham, breaking their contracts with him and refusing to allow him to hold evangelistic festivals because of his biblical beliefs on sexuality.

The Billy Graham Evangelistic Association continues to fight this religious discrimination in the UK courts.

For more on the God Loves You Tour, click here.

2022-05-04
Previous Post: Nearly 12,000 Catholic churches across the U.S. applied for PPP loans, and 9,000 of them were granted the loans
Next Post: Dangerous religious group rallies outside Supreme Court to demand right to sacrifice babies