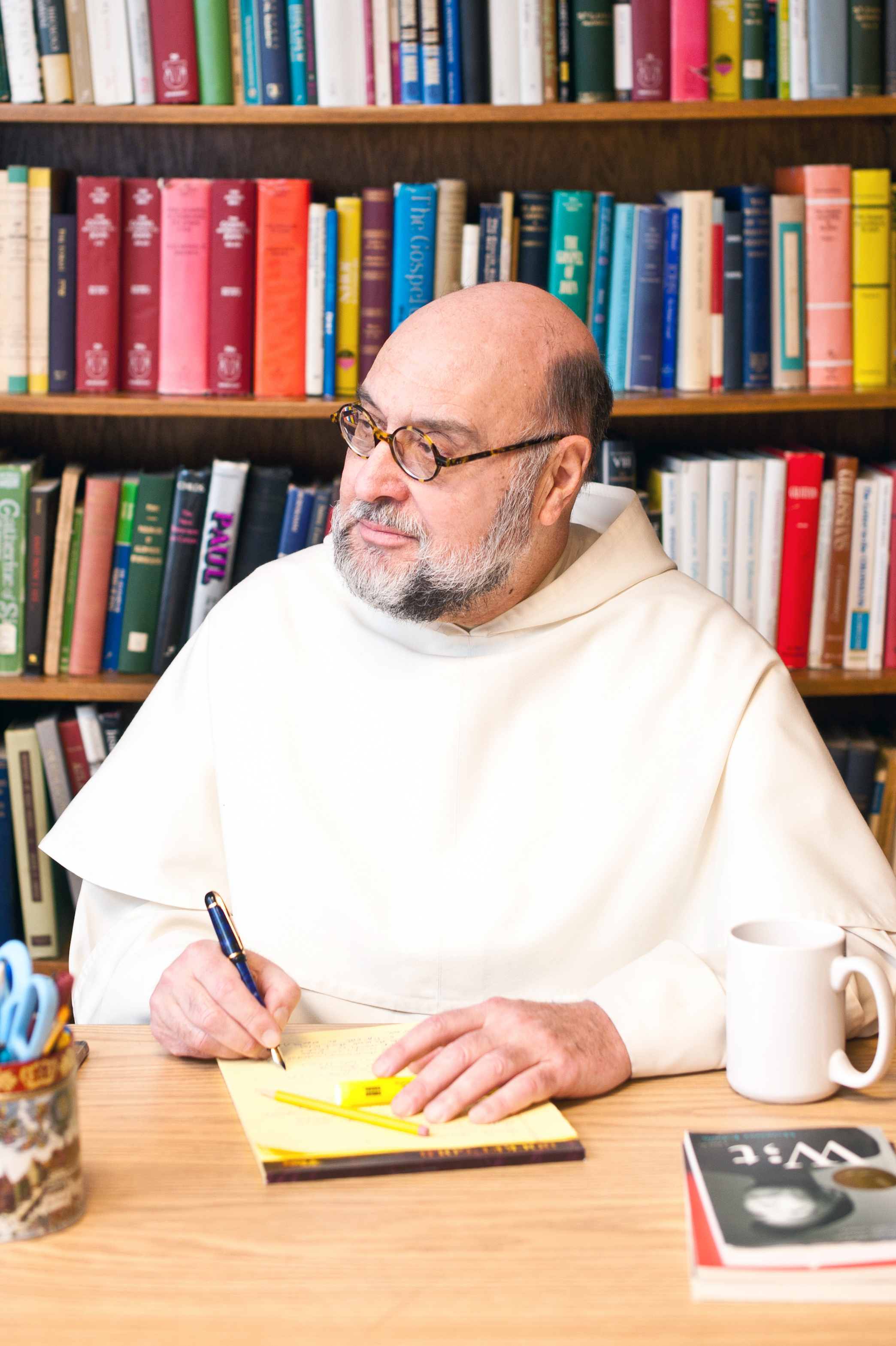 Playwright with a flair for religious art takes podcasting

Mark Twain is universally known for Tom sawyer and Huckleberry finn. But you might not know that he also translated – from the original manuscripts – the diaries of Adam and Eve.

Okay, so he didn’t, really. But what if the first man and the first woman had logs kept? would not this be interesting.

If it took the great American humorist to propose such a comic turn to the story of Creation, it was up to a Dominican priest with a long career in the theater to “translate” it for the digital age. Bro. Matthew Powell, Emeritus Professor of Drama at Providence College in Rhode Island, produced and directed a 24-minute podcast of The diaries of Adam and Eve.

This is just one of the many productions that will premiere on Bro. Powell’s new podcast, WordPlay: Theater for the Ear and the Imagination. He hopes to have a new production every few months.

“I define it as a drama that reflects the spiritual nature of the human person,” Fr. Powell said in an interview.

Also on the podcast currently is Fr. Powell’s adaptation of a short story by Honoré de Balzac, “The Atheist’s Mass” and a poem by Stephen Dunn, “At the Smithville Methodist Church,” in which an irreligious father sends her child to an arts and crafts program at a church.

All are available on Transistor FM and Apple podcasts.

Bro. Powell hired actors who are alumni of Providence College Theater and records the plays in a professional recording studio in Providence. The project was born in the midst of the COVID-19 pandemic, which has put an end to its stage productions for the time being. A fan of radio fiction, he discussed with young brothers from his Dominican community his idea of ​​producing plays for Catholic radio. They gave their advice that he had better do podcasts, which would not limit his productions to the geographic area of ​​particular radio stations. Bro. Powell was not familiar with the new digital format, but quickly became intrigued.

He also found that the podcast world was sorely lacking in religious drama.

“It’s almost exclusively supernatural, sci-fi action figures – the kind of thing you’d see in sci-fi movies or comic book characters, you know, Spider Man and that sort of thing,” a- he declared. “No one was doing regular drama, and nobody did anything religious. So I said, ‘Well, there’s a place over there.’ This is something that I really like, and the actors too. So we decided to give it a go. “

As a member of the Order of Preachers, of course, he hopes the works will have an evangelistic effect – but without being moralistic, didactic, or hitting people over the head with doctrine. “I prefer a more subtle approach,” he said, adding that he expects his repertoire to include things that are specifically religious and Christian, as well as others that are not.

As for future productions, Fr. Powell is working on a series of monologues – of two to three minutes each – by the different characters involved in the Passion of Christ: Mary, the Roman soldier who keeps Jesus in custody, Anne, Caiaphas, Herod, Pontius Pilate and his wife, and Barabbas. “In each of their monologues, they talk about their meeting with Jesus,” he said.

Then, he would like to dramatize some popular tales, from Russian, Jewish and Italian traditions.

“I’m always on the lookout for scripts,” he said. “’The Mass of the Atheists’ was a short story. So I had to work to make it into a play. A lot of the work is finding scripts and rewriting them, and a lot of times I finish them up and say ‘No, that’s not good; it will not work. My trash is full of lots of scripts that I myself have rejected.