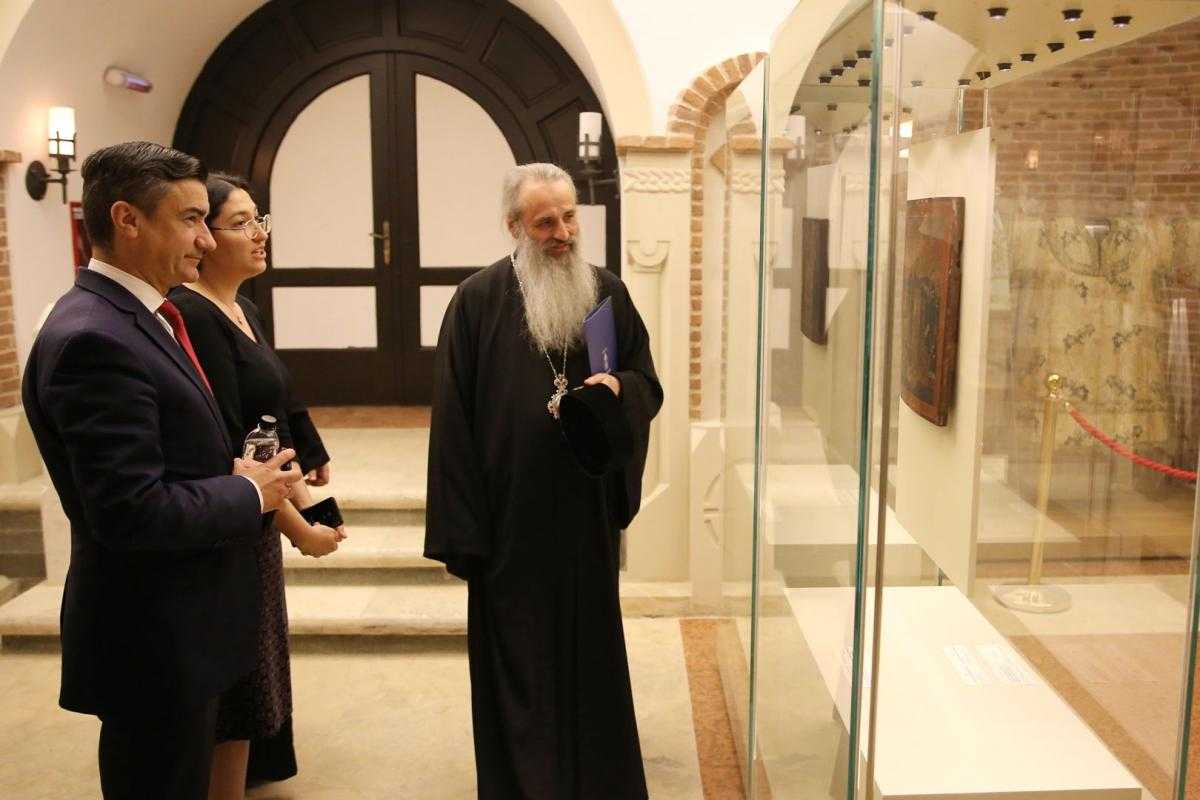 An exhibition titled “Portraits, Icons and Books for the Soul: Moldovans in Ukraine, Ukrainians in Moldova. Evidence of Sacred Art – 16th-19th Centuries” was inaugurated last week at the Metropolitan Museum in Iași.

“This exhibition is dedicated to them from a historical, political and ecclesiastical point of view because God ordained that this part of Romania, Moldova, be their neighbor. It can be said that the ties between the inhabitants of Moldova and the inhabitants of today’s Ukraine have been even more intense throughout history than they are today. We have a kind of perichoresis, an intertwining of holiness between our region and Ukraine. Three great saints, whom we venerate, came from today’s Ukraine: Saint Paisius Velichkovsky, Saint Onuphrius of Sihastria Voronei and Saint Basil of Valea Marului.

“On the other hand, three Moldavian saints rest with their bones awaiting the Resurrection in the present territory of Ukraine: Saint Theodora of Sihla, Saint Peter Mogila and, of course, Saint Dositheus,” Metropolitan Teofan said on 14 april.

The exhibition includes several categories of icons, liturgical objects, paintings and documentary materials, including ancient icons made in painting centers in Ukraine today (Kyiv, Lviv, etc.), ancient icons from the time when the Ruthenian region and Moldavia were closely linked. , ancient icons made by Romanian (Moldavian) craftsmen of the 18th and 19th centuries, which incorporate elements from the schools of Kyiv (Pechersk Lavra) or Lviv (Ruthenia), icons and liturgical objects from the Metropolitan Museum or from the parishes of the Archdiocese from Iași which are linked to the Ukrainian region, documentary material, publications belonging to the “Dumitru Stăniloae” Library in Iasi which present the historical and artistic relationship between the two cultural spaces – Moldavia and Ukraine, paintings from the Metropolitan Palace, etc. .

The exhibition is hosted in the “Sinaxar” room of the Metropolitan Museum of Iasi and can be visited for free from April 14 to August 14, 2022.