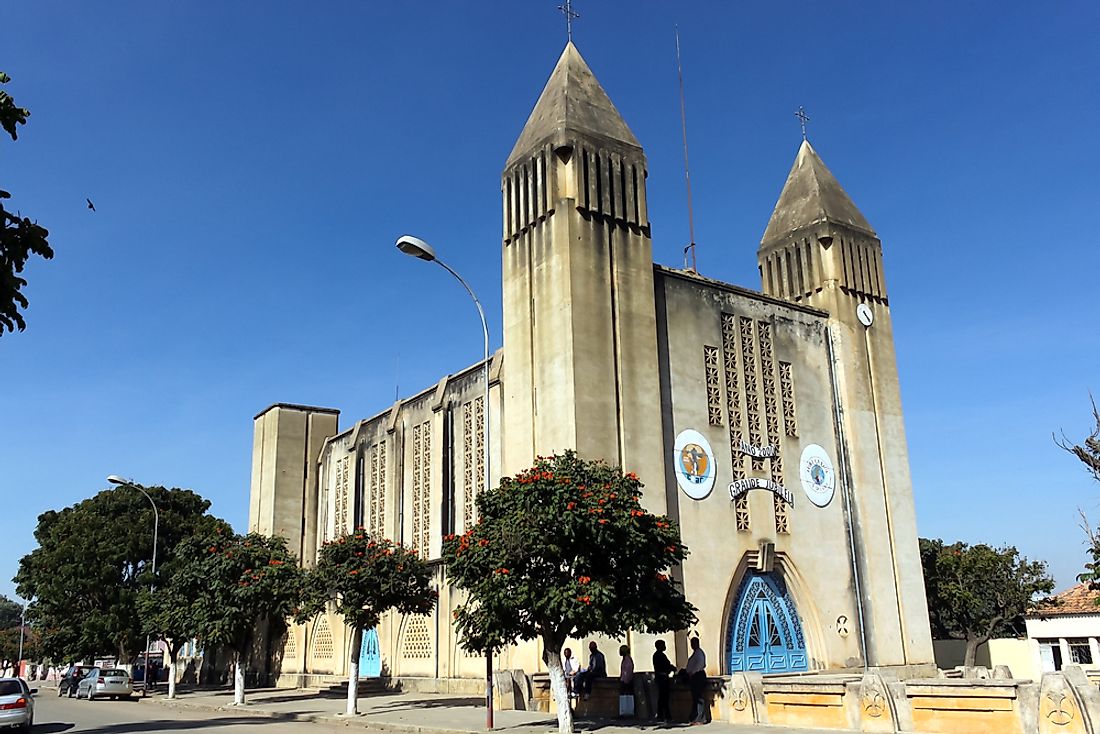 Religious beliefs and freedoms in Angola

The Constitution of Angola guarantees religious freedom to its inhabitants. Currently, there are 85 recognized religions or denominations of the same religion. Religious groups with fewer than 100,000 followers have not been banned from practicing their religion but do not enjoy the same legal protections as recognized groups. This article takes a look at some of the most widely practiced religions across the country.

Introduced by Portuguese missionaries and colonizers, Roman Catholicism is today the most practiced religion in the country. For many years of colonization, the Catholic Church was responsible for educating the public, thereby increasing its base of believers. During the 1970s, after Angolan independence, the newly formed Angolan government operated on the idea that religion had no place in modern societies, although it also guaranteed its residents the freedom to practice religion as they saw fit. This separation of Church and State caused a conflict with the Catholic Church and in 1977 they filed a complaint with the government for violation of religious freedoms. They complained about the education system and the suppression of the Catholic radio station. The government denied these accusations, and local media associated the Catholic Church with Portuguese colonization. Today, many people who identify as Catholic, 60% of the population, also adhere to traditional beliefs rooted in natural and supernatural powers.

As mentioned earlier, many self-declared Catholics also believe in traditional African religions. Similarly, many people who identify with these indigenous religions (47% of the population) also identify with Catholicism or Protestantism. The specific indigenous beliefs are varied and with several different religions that fall into this category.

Commonly shared ideas of these belief systems include the existence of a primary God, ancestral spirits, and natural spirits. The specifics behind each of these beliefs, however, are quite varied. Some indigenous religions believe that the God principle was responsible for creating life, other groups do not. Ancestral spirits are believed to exist to help their descendants and family members. Each belief system has a different way of honoring these ancestors to ensure their godly protection. Nature spirits can help anyone who is near the source of the spirit (be it a tree, rock, water, or wind). When people or their families suffer hardship, such as illness or financial loss, they often think it’s the result of witchcraft, magic, or even an angry spirit working against them. This is determined by a specific individual within the community, a kimbanda, who is believed to hold the power to identify the root of the problem. The position of kimbanda is often inherited.

Protestant Christians are the second largest religious group with 15% of the population as followers. As with Catholics, many of these people also prescribe traditional and indigenous belief systems. Protestant missionaries also came to the country during colonial times and could also open schools and teach the public, but only if they did so in Portuguese. This religious group was heavily involved in political movements that supported the independence movement.

The religions that are not yet formally recognized by the government each represent less than 1% of the population. These include Mormonism, Jehovah’s Witness Christianity, Sunni Islam, the Baha’i Faith, and Judaism.

Religious beliefs and freedoms in Angola