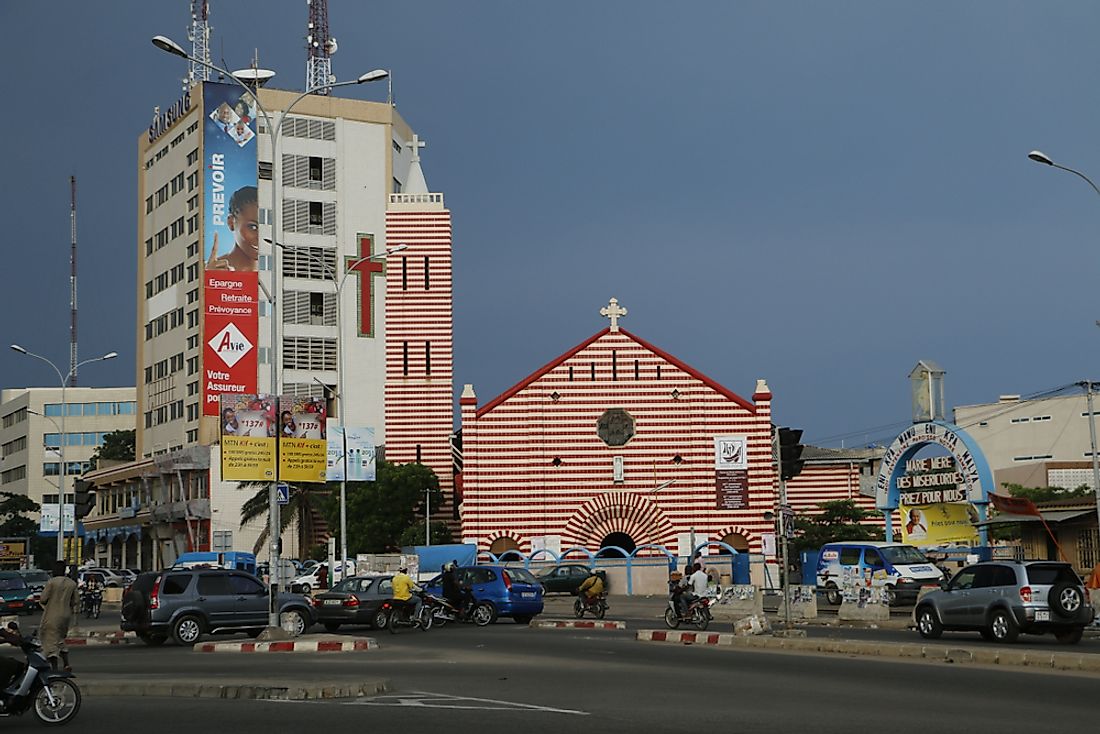 The Republic of Benin is a West African country bordered by Niger, Burkina Faso, Togo and Nigeria. The population of Benin is approximately 10.8 million, their official dialect being French. Culturally diverse, the people of Benin follow a diverse mix of traditional Christian, Muslim and West African beliefs. Roman Catholicism is by far the largest religious group in Benin, followed closely by Islam and Voodoo.

In Benin, Christianity is the most widely practiced religion with more than half of the entire Christian group belonging to Roman Catholicism. Christianity entered Benin at the end of the 16th century. The Catholic hierarchy of Benin includes the Archdiocese of Cotonou which includes the dioceses of Dassa-Zoume, Lokossa, Abomey, Porto Novo and Parakou made up of the dioceses of Natitingou, Djougou, N’dali and Kandi. Benin’s Roman Catholic Christians number 900 women and men in the religious order and 440 priests. Roman Catholic Christians make up 27% of Benin’s population.

Islam was introduced to Benin by Songhai-Dendi and Hausa traders from the north. Most Muslims in Benin practice Sunni which is an Islamic branch with the existence of Shia Muslims who are very few in number and are mostly expatriates from the Middle East. There is also the presence of the Ahmadiyya Muslim community which recently inaugurated the AL Mahdi mosque in 2006 in Benin. Many nominal Muslims in Benin practice Islam with their traditional local religious beliefs. Islam in Benin represents 24% of the population.

Vodun which means spirit in the Ewe and Fon language is widely practiced by many West African countries, mainly in the southern and central regions of Benin. Vodun religious beliefs are entirely different from other traditional African beliefs as they are syncretized to some extent with Christian beliefs, as well as Native American traditions and traditional beliefs of the Kongo people. Voodoo mainly focuses on the spirits and divine elements that rule the earth, the deities that govern human society and natural forces as well as the spirits of individual trees, streams and rocks and the defenders of a certain nation, clan or tribe. Vodun is the center of religious life and has a female priesthood which can be hereditary and passed down from mother to daughter. The Vodun cult believes in a divine Creator known as Mawu or Mahu, a female being who gave birth to seven children and gave them dominion over seven different realms of nature. About 17% of Benin’s population practices West African Voodoo.

Protestantism and other forms of non-Catholic Christianity

Christianity first entered Benin around 1680 and gained momentum during the 19th century. In 1843, English Methodists began to spread into Benin among the Guns of the coastal region. Non-Catholic Christians in Benin include Jehovah’s Witnesses, Rosicrucians, Methodists, The Church of Jesus Christ of Latter-day Saints, Unification Church, Assemblies of God, Seventh-day Adventists, celestial Christians and Baptists. Like most nominal Muslims, some nominal Christians also practice traditional local religious beliefs. Protestantism and other non-Catholic Christians in Benin make up 16% of the population.

Other Religious Beliefs and Religious Freedom in Benin

Benin is a religiously diverse country made up of atheism and agnosticism which make up 7% of the population, folk religions and traditional beliefs in West Africa, with the exception of voodoo which represents 6% of Benin’s population and Eckankar, Baha’i faith and other beliefs representing 3% of the country’s population. Benin’s constitution provides for freedom of religion which is also respected by the government.