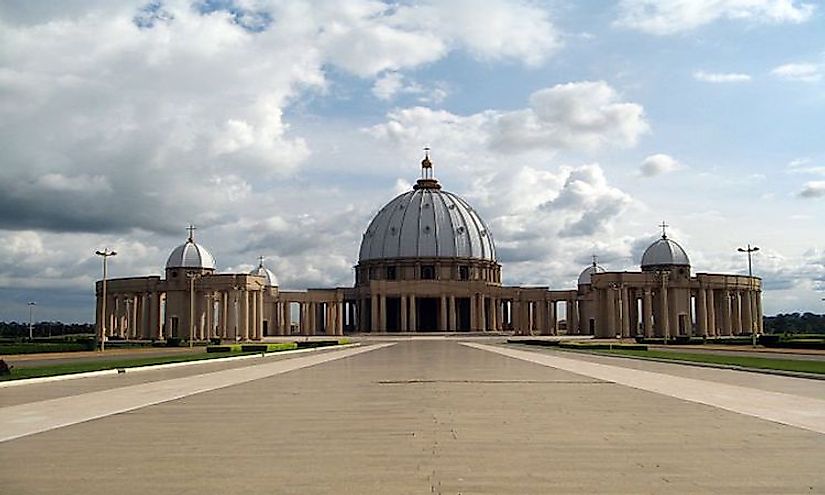 Christians slightly outnumber Muslims in contemporary multi-ethnic and multi-religious Ivorian society. Côte d’Ivoire is a secular state and the country’s constitution provides for freedom of religion. Religious identity in Côte d’Ivoire transcends political and ethnic contexts. While tensions and clashes have occurred between different religious groups, they are mainly fueled by the pursuit of political domination. Throughout history, Christians and Muslims, the dominant religions, have lived in peace, and this harmony has been threatened by civil war.

Islam accounts for 40.2% of the Ivorian population. The arrival of Islam in Côte d’Ivoire was made by Jula traders linked to the Malinké of the Mali Empire and who established Islamic centers in the northern region of the country. Islam in modern Ivory Coast is firmly established in the north, a situation further facilitated by hordes of Muslim immigrants from neighboring countries such as Burkina Faso. Most Muslims in the country are Sunni and adhere to the Maliki school of thought. Sufism is also popular and is incorporated into traditional indigenous practices. A small population subscribes to the Ahmadiyya.

Islam in Côte d’Ivoire is characterized by the belief of the marabout, considered a miracle worker and who possesses both moral and magical authority. The National Islamic Council, the country’s supreme Muslim organization, wields considerable influence over the country’s politics.

Protestantism and other forms of non-Catholic Christianity

26.3% of Ivorians are Protestant or non-Catholic Christians. Protestantism in the Ivory Coast gained ground in 1924, championed by British Methodists. Before the arrival of the British, William Wade Harris, a Liberian preacher, established Harris Church in 1914. The religion, called Harrisism, spoke of wealth instead of an austere life. Harrisism is relatively popular in modern Ivory Coast, and other churches have integrated the religion with traditional beliefs. Other Protestant churches include the Assemblies of God, Bible Mission, Latter Day Saints, and Baptists.

The Roman Catholic Church has 19.9% ​​of the country’s population. Christianity in the Ivory Coast made its way in the 20th century thanks to French missionaries. Ivory Coast is home to the Yamoussoukro Basilica, a replica of St. Peter’s Basilica in Rome. The church is the largest in the world and was built by former President Félix Houphouët-Boigny in his hometown of Yamoussoukro. In some villages, patron saints were adopted and honored at secular and religious festivals. Historically, the Roman Catholic Church has had significant influence in the political affairs of the country. The dominance of the religion is however threatened by a growing Muslim population and other religious sects.

8% of the population observes traditional religions, popular beliefs and animism. Traditional beliefs differ from ethnicity to ethnicity but are often based on a supreme being, ancestral spirits and the ability to speak to them through religious figures. Ancestor veneration is popular and shrines are built and dedicated to spirits. Belief in good and evil spirits is also notable, and rituals are undertaken to evoke the will of good spirits. Animism, fetishism and witchcraft prevail especially in the Ivorian countryside.

Other religions in Ivory Coast

2% of the Ivorian population does not adhere to any established religion. The Baha’i faith, Sikhism, Buddhism and other beliefs make up 3.6% of the country’s population. A growing trend in Ivory Coast is religious syncretism, where different religions mix. Most Ivorians, despite identifying with Islam or Christianity, still observe traditional religious practices.