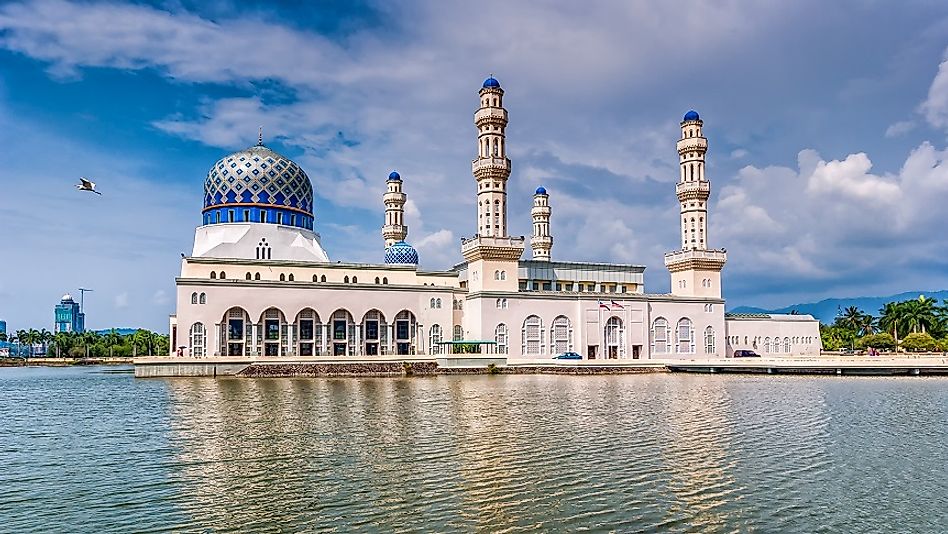 Malaysia is a Muslim-majority country with large religious minority populations of Buddhists, Christians, Hindus, and practitioners of traditional Chinese religion. According to the 2010 population census, 61.3% of Malays are Muslims, 19.8% are Buddhists, 9.2% are Christians, 6.3% are Hindus and 1.3% other Chinese philosophies, the Taoism and Confucianism. Atheism and agnostics make up 0.8% of the population, and other beliefs make up 1.3% of the population. The constitution declares Islam as the state religion, but allows freedom of religion. There is a peaceful coexistence between religions and the main holy days for each religion are declared a national holiday in the country.

The official religion in Malaysia is Sunni Islam and the practice of any other version of Islam in the country is prohibited. Traders from Arabia, China and India brought Islam to Malaysia and established it in the 15th century. Islam is the main religion in the state where the king and his family must be Muslims. Members of the royal family lose their privileges if they deviate from Islam. Muslims believe in Allah and Muhammad as the last prophet of Allah. They believe that Muhammad instructed them to convert everyone to Islam, and those who follow Islamic teachings will inherit physical possessions in paradise. They are governed by the Quran as their holy book and Sharia laws are also followed. Many traditional practices of the Malay people are incorporated into the traditions of Islam. Islamic holy days are national holidays, including Ramadan. The state labels other Islamic beliefs as deviant teachings and anyone in practice must undergo rehabilitation.

Hinduism is a dominant religion among Malaysian Tamils. He was influential before Islam took over. Its current adherents are the descendants of Tamil Nadu migrants who came to Malaysia to work on British rubber plantations. They worship in temples and pay homage to a supreme being who is imminent and transcendent. Temples in urban areas are dedicated to a single deity while temples in rural areas house multiple gods. The temples follow the Saivite tradition of western India for the worship of Siva. Hindu festivals such as Thaipusam and Deepavali are national holidays. People who convert to another religion cease to be members of the Indian community.

Christianity came to Malaysia through traders from the Middle East in the 7th century. The Portuguese arrived in the 15th century, bringing with them Catholicism, while the Dutch arrived in 1641 and introduced Protestantism. It spread further during British rule by missionaries in the 19th century. Christians believe in one supreme God who created the whole universe and in his son Jesus Christ who died for the sin of mankind to reconcile humans to God. Christianity is a minor religion mainly practiced by a few non-Malays including Bumiputera, Chinese and some Indians. Most Christians are found in East Malaysia and the states of Sabah and Sarawak. Good Friday is a public holiday and Christmas is a national holiday. The most dominant denominations are Anglican, Methodist and Roman Catholic. Christianity is restricted in Malaysia as Islam becomes more dominant in the country. There are restrictions on the construction of new churches or attempts by Muslims to convert. Their literature must have a note that it is intended for non-Muslims only. Their movies are for Christian viewers only.

Buddhism began in Malaysia when Indian traders took it with them on their journeys through the sea routes of the Indian subcontinent. The majority of Buddhists in Malaysia live in urban areas where they engage in business in many professions. It has no overlord, so it is practiced in any form and can sometimes lead to confusion. Most Buddhists approach religion through the tradition of ceremony and symbolism. Religious practices are practiced in a simple and dignified manner. During their services, they chant sutras, light lamps and offer flowers.

Religious Freedoms and Tolerance in Malaysia

Other notable religions in Malaysia include the practice of Chinese philosophies such as Confucianism and Taoism. However, most Chinese who practice these other religions claim to be Buddhists when asked. A small Sikh community follows Sikhism and allows everyone to visit their places of worship. However, no Sikh holiday is a national holiday. Atheism faces significant discrimination in Malaysia and is not allowed to publicize their atheist beliefs. Although the constitution guarantees freedom of worship, all ethnic Malays must be Muslims and cannot convert to another religion. Conversion is punishable by fines or imprisonment by the state. Other ethnic groups are free to change their religion as they wish.