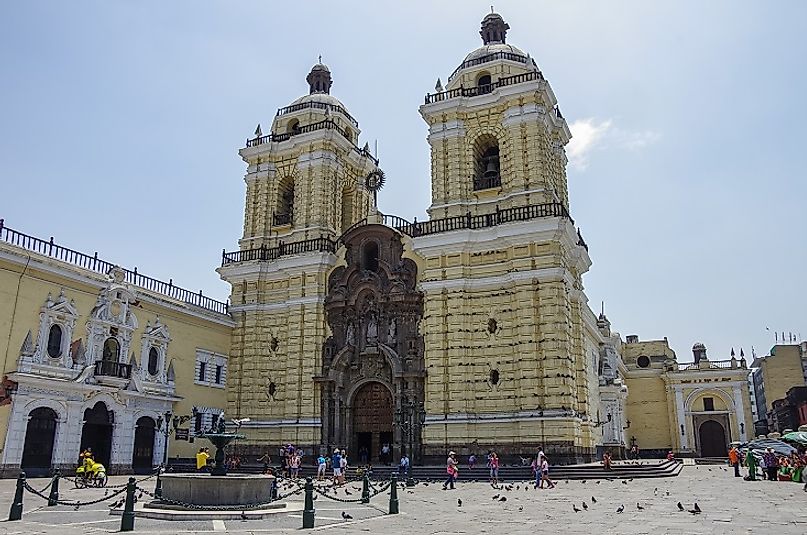 Peru, a country in South America, is officially known as the Republic of Peru. Ecuador and Colombia border it to the north, Brazil to the east, Bolivia to the southeast, Chile to the south, and the Pacific Ocean to the west. It covers an area of ​​496,225 square miles with an estimated population of 31.2 million, making it the most populous state in South America. The predominant religion is Roman Catholic, but other Christian denominations are scattered. However, the indigenous peoples of Peru have mixed their traditional beliefs with their Catholic faith. Religious tolerance and freedom in Peru is manifested by the fact that some evangelical groups are getting rid of the traditional practices of these communities by imposing different standards of life, such as the style of dress. Religious tolerance and freedom are achieved through the generosity of accepting the virtues of another, and it is the current state of the law in Peru that one is expected to accept another person without trying to change them. The study shows that the country cannot currently claim that it has acted with generosity or tolerance towards a variety of cultures within its jurisdiction. Peruvian law should therefore be limited to creating adequate legal sake for Peruvians themselves to freely choose, manifest and practice their religion without coercion, but should be restricted in order to protect the rights of others as well.

The constitution recognizes Roman Catholic Christianity in Peru as an important part of the historical, cultural and moral development of the nation. It is the most popular religion with 79.2% of the entire population of the country. Catholic clergy receive a monthly salary from the government apart from the allowances granted to them by the church. Each diocese receives a monthly institutional grant from the government as signed with the Vatican in 1980. The Catholic Church receives preferential treatment in this area to deal with education, tax benefits, immigration religious workers and any other area of ​​the agreement. Roman Catholic considered the main religion of the country even though the constitution states that there is freedom of religion. In addition to this, it is mandatory that religious education be in the school curriculum, whether private or public.

11.3% of the entire population of Peru identify as Protestant Christians. The rapid growth rate of Protestants in Peru is high and church leaders hope it will triple in the next few years. In a report given by the director of the National Evangelical Council of Peru (CONEP) says that the evangelical church in Peru is growing at the rate of 17% per year. The CONEP director attributes the increase to prayers and unity between these churches and also added that the purpose of the churches is to bring out holistic growth in which Christians are both committed to the church and do a difference in their country and their society.

Atheism is the lack of belief in a god or deities, as well as the complete denial of the existence of any god. Only 4% of the total population of Peru are atheists. According to the National Institute for Statistical Computing (INEI), the non-religious population doubled in size between 1993 and 2007.

There are several other religious groups present in the country of Peru that deserve our attention. These are Mormons (LDS), other Christianity, Baha’i, Islam and Buddhism, among others. Mormon Latter Day Saint (LDS) temples are currently only two in Peru and house more than 100 church stakes. Buddhism was introduced to Peru in 1899 with over 50,000 practicing Buddhists. Mahayana remains the largest Buddhist school in the country. The Baha’i Faith was founded in 1930 in Peru but reached its independent community in 1962 with over 41,000 Baha’is. Islam was founded in 1980 and had 5,000 Muslims, and the number has remained constant. All these religions form 5.5% of the whole population

Kenneth Kimutai too April 25, 2017 in society
2017-12-15
Previous Post: Religious Beliefs In The Seychelles – 2020
Next Post: Muslims expected to be America’s second largest religious group by 2040