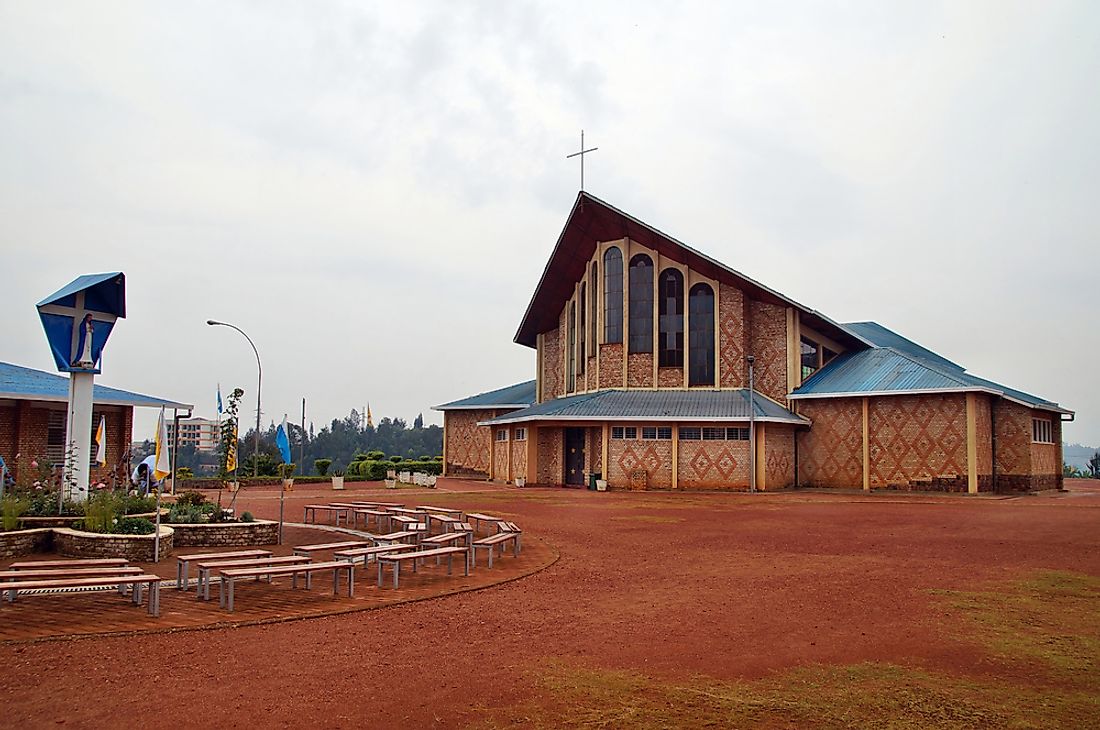 The country of Rwanda is a small landlocked country located in East Africa. The country is known for its rainforests, national parks and endangered animal species. Unfortunately, it is also known for its violent and turbulent recent past with the 1994 Rwandan Genocide. This article mentions the history and current status of the country’s six major religious beliefs.

The main religious beliefs in Rwanda

Roman Catholic Christianity is the largest Christian group and the most popular religion in Rwanda with 46.5% of the population adhering to the religion. At the end of the 19th century, Roman Catholicism was introduced to the people of Rwanda when the country was part of German East Africa (1891-1919). One of the main missionary groups to introduce the religion was the Missionaries of Africa, also known as the White Fathers, who established their first mission in 1900. It was during this time that Roman Catholic missionaries were considered having played an important role. fomenting racial divisions between Hutu and Tutsi via the Hamitic theory of racial origins. In 1912, the White Fathers created the first vicariate called the Apostolic Vicariate of Kivu which served the region until 1922.

Today, the church in Rwanda is divided into nine dioceses, with an archdiocese which was erected by the Pope in 1976. On November 20, 2016, the Roman Catholic Church in Rwanda issued a statement officially apologizing for its role in the 1994 genocide, signed by the country’s nine bishops. In the past, several Catholic priests have been indicted by international tribunals for crimes committed during the genocide, but the Church has never officially acknowledged his role until this statement.

Protestant Christianity is the second largest Christian group in the country and the second largest religion, followed by 45.4% of Rwanda’s population. In 1908, German Lutherans arrived in Rwanda to work but were expelled during World War I (1914-18). After the war, Belgium took control of Rwanda as the territory of Ruanda-Urundi (1916-1962) and during this time Belgian Protestant missionaries entered the country, especially Anglicans and Seventh-day Adventists . In the 1930s, Protestantism gained prominence in the country and surrounding regions. It has been argued that some members of the Protestant Church, along with the Catholic Church, helped make the Rwandan genocide possible by giving moral sanction to the killings. However, not all church members supported the genocide. Many risked and lost their lives trying to save others during the massacre by hiding them in churches. Since the genocide, Protestants, especially Anglicans, have benefited from new leaders trained in neighboring Uganda. In recent years, the Pentecostal branch of Protestantism has grown rapidly in the country.

Other forms of Christianity

The combined number of people in Rwanda who call themselves atheists or agnostics constitute 1.8% of the population. Atheists and agnostics in Rwanda are not officially counted in the country, and there is a stigma attached to being non-religious in this highly religious country. Since the Rwandan genocide, there has been an increase in the number of people who call themselves atheists or agnostics.

The number of people in Rwanda who claim to follow popular African beliefs is only 0.1% of the population. Only a few people in Rwanda practice African folk beliefs, but many followers of other faiths in the country incorporate some traditional elements into their religious practices. The main beliefs in African folk beliefs are the belief in a supreme being called Imaana, as well as other lesser deities. They also believe that these deities can be communicated via ancestor spirits.

The status of religious relations in Rwanda

Even though more than two decades have passed since the Rwandan genocide, there has always been a spread of small, usually Christian, schismatic religious groups that have sprung up in the country. For its part, however, the degree of discrimination based on religious belief in the country has been extremely low in recent years. Rwanda’s constitution provides for freedom of religion, and the government generally respected this right.