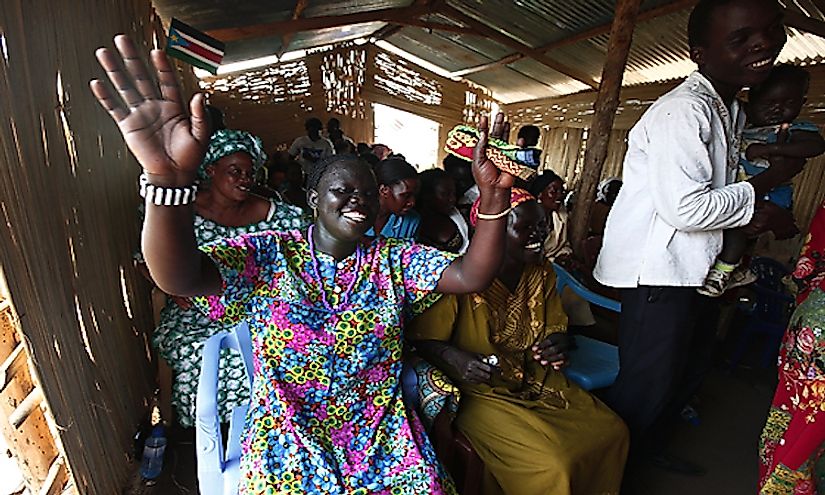 Religion is an important social and economic aspect in South Sudan. Socially, religion is seen as a unifying factor in a country ravaged by decades of civil war. Religion has been used to bridge ethnic differences in the country, which is one of the main causes of war. Religious leaders have been at the forefront in brokering peace agreements in the country. Religious groups such as the Catholics engaged in missionary work that included building schools and providing medical services, especially to refugees and communities in war-torn areas of South Sudan and the capital Juba. . South Sudan respects and defends freedom of religion. There is no state religion in the country. However, major religious groups in South Sudan include;

In South Sudan, approximately 6.2 million people out of a population of over 16 million or 37.2% of the population are Catholic Christians. Catholics in the country are part of the worldwide Catholic Church led by the Pope in Rome. South Sudan has an ecclesiastical province with one archdiocese and six dioceses. Roman Catholic Christian missionaries came to Sudan in 1842 as part of missionary work in East Africa. They built schools and hospitals and improved the lives of locals who were affiliated with traditional religion. Due to the success of the missionary work, most of the locals abandoned their religion and joined the Roman Catholic which led to its spread and popularity. When South Sudan separated from Sudan, the majority of Catholics who were concentrated in Juba and the surrounding city chose to remain in South Sudan.

Episcopal churches and other forms of Christianity

Anglicans, through the Church Missionary Society, entered Sudan in 1899, converting tens of thousands through their missionary work and preaching. Currently, the Anglican Church represented by the Episcopal Church of Sudan is the second largest church in Sudan and South Sudan after the Catholic Church. The United Presbyterian Church began its work in Sudan in 1900. The Presbyterian Church emerged from the southern part of Sudan (present-day South Sudan) as a result of widely accepted missionary work in the south and opposed in the North. In the 20th century, several other missionary groups arrived in Sudan with most of their activities confined to the south, including Evangelicals, the Sudanese Church of Christ, and the African Church of the Interior. These Christian groups represent 36.5% of the population of South Sudan.

Before the arrival of missionaries in Sudan, most of the population practiced traditional belief and animism which involved the belief in a creator, spirits, the power of the dead, the use of magic and traditional medicine. There were sacred places of worship like rivers, and forests and sacrifices were offered. Today, only 19% of the population practice traditional religions with the majority in the villages of South Sudan. However, their myths and beliefs are fading fast, with the modern generation preferring other forms of religion like Islam or Christianity.

Other Forms of Religion in South Sudan

Apart from Christianity and traditional African beliefs, other minority religions in South Sudan include Islam. However, Islam is blamed for the segregation and hatred that existed before South Sudan seceded from Sudan. 0.4% of South Sudanese are atheists or irreligious, not subscribing to any of the above religions although part of their family belongs to at least one of the religions.