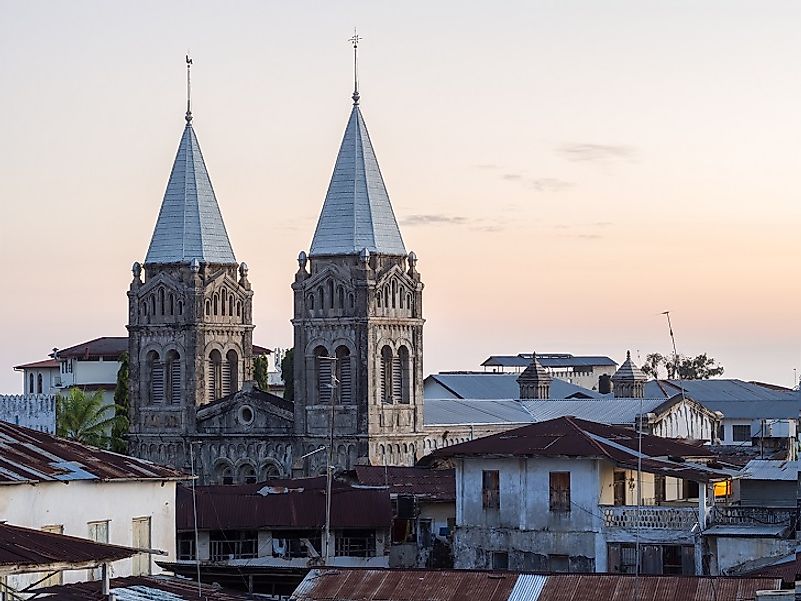 Tanzania is an East African country with an estimated population of 51.8 million. The country has two major religious groups, namely Christians and Muslims. Christianity is the predominant religion, with more than half of Tanzania’s population identifying as Christian. Tanzanians generally identify as Christians or Muslims, although many still practice folk beliefs. Minority groups such as traditional Africanists, Buddhists and Hindus are also present in the country.

Roman Catholics make up 31.3% of Tanzania’s population. The first Catholic evangelists in Tanzania were Portuguese missionaries who arrived with Vasco Da Gama in 1499. They were unsuccessful in their mission due to the Arab conquest in the 17th century. The second Catholic evangelists arrived in the 19th century, led by the Holy Spirit Fathers, Benedictine monks and White Fathers. They trained locals to be catechists who helped in evangelistic efforts. Missionaries played an important role in the development of Tanzania by building many schools and hospitals.

Islam is also a major religious belief system in Tanzania, with 35.1% of the population following Islam. In fact, 99% of people on the island of Zanzibar in Tanzania identify as Muslim. Islam was brought to Tanzania by Arab traders who settled as traders in Zanzibar in the 13th century. When Arab Muslims encountered Christian missionaries in the 15th century, they clashed and drove the Christian missionaries out of Tanzania. The second encounter between Arab Muslims and Christian missionaries in the 19th century was equally hostile. The reason for the hostility was that the missionaries were campaigning against slavery which was the main business of the Arabs. Eventually, the slave trade was abolished. Today, the relationship between Muslims and Christians is not hostile. Islam is mainly practiced in the coastal areas and the islands of Zanzibar and Pemba. The country’s Islamic sects include Suni (14.4%), Shia (7%), Sufis (1.4%), Ahmadiyya Islam (5.6%) and non-denominational Islam (7. 0%).

The Tanzanian constitution provides for freedom of religion. This provision has allowed different religious groups to coexist peacefully. Religious holidays such as Christmas, Easter, Idd-ul-Fitr and Prophet Muhammad’s birthday all have equal importance in Tanzania. The various religious groups in Tanzania have played a key role in shaping Tanzanian society. Arab Muslims brought Islam and introduced the Swahili language, the official language of Tanzania. Christian missionaries developed the nation by providing education and health care to residents. Peoples of indigenous spirituality have helped preserve Tanzanian traditions. In the country, there are also people who do not identify with any religion constituting 1.7% of the total population of the country.