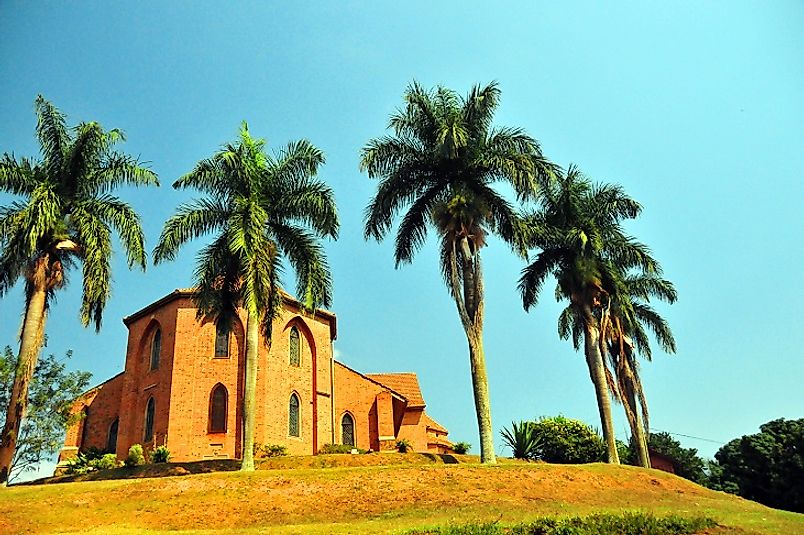 Uganda is a landlocked country located in East Africa with a diverse population of approximately 37.8 million. Residents of this country practice a wide range of religions, a constitutionally protected freedom. The government recognizes certain religious events as national holidays. These include Good Friday, Easter Monday, Eid al-Fitr, Eid al-Adha and Christmas. However, religions must be registered with the government to be practiced. Some religions have been restricted from registration. This article looks at the most practiced religions in the country.

Most practiced religions in Uganda

Christianity is the most practiced religion in the country. About 84.5% of the population practices one of the many Christian denominations. However, the first non-indigenous religion to reach this country was Islam. Muslims began arriving from the east coast of Africa in the 1830s. British explorers made their way here in the 1860s. After learning some of the teachings of the Christian religion, King Baganda asked the Queen of England to send missionaries. The first Protestant missionaries arrived in 1877. They were soon followed by French Catholic missionaries in 1879. The two denominations soon began a rivalry in the courts which was respected by the local culture and helped to spread the religion. Today, the major Christian denominations practiced in the country are Roman Catholicism (39.3% of the national population), Anglican Protestantism (32%) and various other denominations (13.2%).

Sunni Islam is practiced by 12.1% of the population, and 1.6% practice another branch of Islam, such as Shiism, Ahmadi or others. As mentioned earlier, this religion came to the region in the 1800s through Muslims coming from the east coast of Africa for trade. King Baganda first converted to Islam before inviting Christian missionaries, which initially helped spread the religion. In 1971, the country had its first Muslim president. His immigration policies led to the expulsion of a large number of Asians from the country, which reduced the number of Muslims in Uganda. Today, the largest populations of Muslims are found in the central and eastern regions of the country.

Religious Freedoms and Persecution in Uganda

Despite constitutional provisions for the protection of freedom of religion, cases of religious persecution have been reported. Some Christian churches have received threats of violence and some Christian converts have been attacked, killed and excommunicated by members of Muslim families. The government also refuses to register some churches that have been considered cults rather than religions. These include the Movement for the Restoration of the Ten Commandments, the Abengeri and the Serulanda Spiritual Foundations.

Local authorities have also detained some people for practicing unregistered religions. Those found guilty were ordered to pay a fine and perform community service. In addition, the law prohibits the practice and congregation of any political party based on religion.