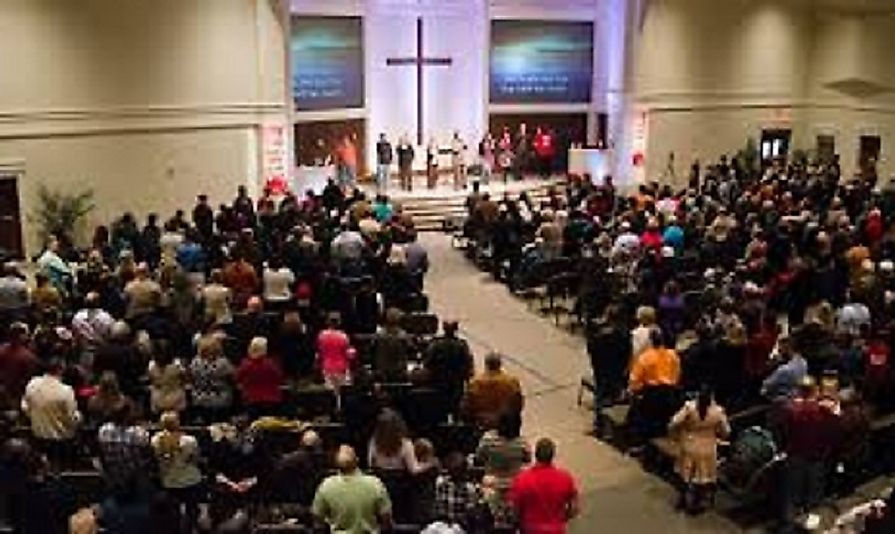 In 1795, the London Missionary Society was founded to promote the spread of Protestantism in Africa and Asia. Missions were launched in Zimbabwe and it was the first time that the country was initiated into Protestantism. There is a wide variety of Protestant churches in Zimbabwe, including Anglican, Methodist, Evangelical, Lutheran, Pentecostal, Reformed, Jehovah’s Witness, and Seventh-day Adventist churches. The Anglican, Methodist, Evangelical, Seventh-day Adventist, and Reformed churches established their first churches and missions in Zimbabwe at some point in the 1890s when Protestantism in Zimbabwe really began to take hold. The first Lutheran church was founded in the country in 1903 and soon after, the first Jehovah’s Witnesses began to work in the country and the first Pentecostal church was established in 1910. Various other religious branches within each of these groups have also been established in the country. , with churches, organizations and missions as well. Currently, Protestant Christianity is the most popular religion in the country, with 63% of the population adhering to it, with Pentecostals having the highest number of followers.

Zimbabwe’s first contact with Roman Catholic Christianity took place in 1560 when a Jesuit priest, Goncalo de Silveria, reached Zvonggombe, the capital of the kingdom of Mutapa. For most of the 17th century, Dominican preachers worked among Portuguese traders in what is now northeast Zimbabwe, but they were driven out of the country in 1693. The modern Roman Catholic church in Zimbabwe began with the Zambezi Mission in 1879, which was led by the Society of Jesus and established its first foothold in Gubulawayo County. However, they made little progress until their return in 1890 after a one-year absence with accompanying British forces. The church’s work in education and nursing has been key to their success and has enabled new missions to be established in the country. Since then Zimbabwe has made history when Patrick Chakaipa was the first African bishop to be ordained in 1972 and has since served over 20 bishops. Currently, Roman Catholic Christianity represents 17% of the population.

Traditional African beliefs are much older and have been practiced in Zimbabwe longer than any other religion in the country. There are the Shona and Ndebele religions in which God is considered the creator of the universe and is believed to be involved in the daily life of people. People communicate with God (Mwari in Shona, uMlimu in Ndebele) by their deceased ancestors (Vadzium in Shona, Amadhlozi in Ndebele). These deceased ancestors would constitute an invisible community which, around the living and their descendants, watches over them. Both religions have spiritual mediums who can communicate with the deceased, although in Shona there are also evil spirits called Ngizo, with whom witches can communicate. In the Mwali religion, they are best known for their annual pilgrimage to the hills of Matobo, where a delegation goes to Njelele shrine and asks Mwali to make it rain. There is also the Unhu religion which emphasizes humanistic philosophy and the religion of the San who believed that there was a spirit beside our world. Currently, traditional African beliefs are practiced by 11% of the population of Zimbabwe.

Atheism in Zimbabwe has developed very recently, largely thanks to the introduction of the internet in the country and more and more people, especially in the cities, who can have access to it and with various teachings. that it allows to proliferate. This allowed atheists in Zimbabwe to go online and build a more established line of communication. The majority of atheists in Zimbabwe, like in most other countries, tend to be young people. Currently, 7% of the population of Zimbabwe declare themselves to be an atheist.

Islam arrived in Zimbabwe between AD 900 and AD 1000, when Muslims established emirates (political territories) along the coast of East Africa. Shortly after the establishment of their emirates, Muslim slave traders traveled from the coasts of East Africa to the interior of Africa, including Zimbabwe, to capture slaves who would be more later marketed. However, it was not until the colonial period of Zimbabwe (1888-1965) under British rule that the country gained any sort of significant Muslim population, which mainly came from immigrants from the Indian subcontinent which was also under British rule at the time. Since then, Zimbabwe has also hosted a small number of Islamic immigrants from the Yao tribe in Malawi, as well as from various other parts of North Africa and the Middle East. Zimbabwe’s largest mosque was built in 1982 and although it only represents 1% of the population, there is currently a mosque in every major city and in some rural areas.

The first Zimbabwean immigrants to follow the Baha’i religion settled in Zimbabwe in 1953, but it took two years before someone from Zimbabwe converted to their religion. In 1970 the first national administrative body of the Church was established and there are now several Bahá’í growth centers in some cities. Zimbabwe has a small Buddhist community which has flourished, relatively speaking, over the past two decades. Hinduism in Zimbabwe is mostly confined to the capital city of Harare, although there are also branches in the cities of Bulawayo and Mutare. Judaism has been around Zimbabwe since the early 1900s, when Jewish settlements were established. Currently, there are two Jewish community centers and three synagogues in the country.

There have been members of The Church of Jesus Christ of Latter-day Saints, more commonly known as Mormons, in Zimbabwe since 1925. The first branch of the religion was organized in 1951 and currently the church maintains a mission in the Church. capital of Harare. The Eastern Orthodox Christian Church first arrived in Zimbabwe with the few immigrants from Greece and Cyprus. In 1968, an Archdiocese of Zimbabwe was established to govern the activities of the church in Central Africa. Currently, the Orthodox Church has 11 churches and 3 missions in the country. The Rastafarian movement has been present in Zimbabwe within the African Independent Churches since its beginnings in the 1930s. Currently, Rastafarian communities are found in all major urban areas of Zimbabwe. Scientology has little presence in the country, with offices in the capital Harare and Bulawayo.