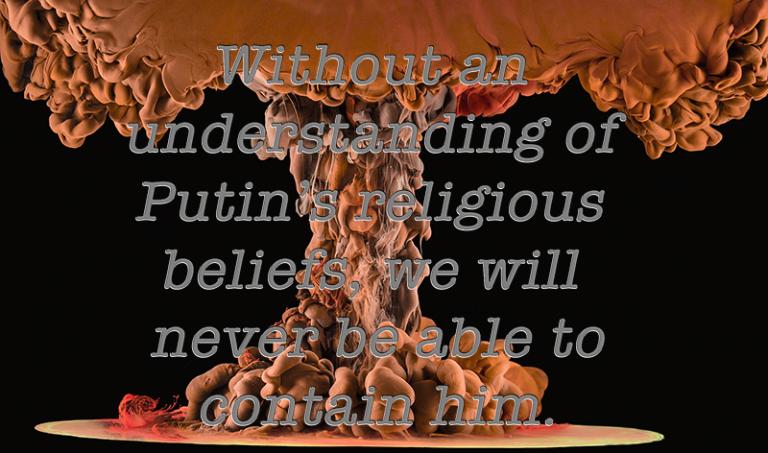 The research has been thorough and global and the results are clear: religious beliefs matter AND religious people hate being stereotyped. As in, stop doing that. It doesn’t help.

Why religious beliefs are so important

The Faith and Media Initiative conducted the study using an impressive set of participants from countries around the world representing multiple faith groups.

The full report can be found here. But the summary is quite simple: for many reasons, the media does a really horrible job of covering religious issues.

And this failure puts us all at risk. We simply cannot understand ourselves and the world without a significant enough knowledge of the religious beliefs that underlie personal and national decisions.

Take, for example, the avid support many really good people have given Donald Trump, despite his relentless litany of lies and a very obvious lack of character or respect for the institutions that underpin United States government processes. .

How is it possible ? Many of us who were horrified by his presidency and even more horrified by his extreme narcissism were beyond verbally critical of those who continued to show their support for him and would like to see him back in office.

But if we took the time to enter into this world of belief, to respect these people as rational human beings with deeply moral cores, we would discover that it makes sense to them. Their commitment is not to democracy or the democratic process or to improving the economic health of free societies. Their commitment is to bring their understanding of the Kingdom of Heaven and the need for certain apocalyptic events to inaugurate it.

Furthermore, some central parts of the more conservative segments of evangelicalism operate with the feeling that there is a conspiracy against them and that they are organizing an attack on them. With that in mind, it’s easy to believe that there was/is a conspiracy to steal the 2020 election from Mr. Trump. I wrote more about it here.

Do I agree with them? Absolutely not. But I understand it because I lived in this world for a while. Again, I know most of those who hold these beliefs are good, kind, and generous people. But the ideals of a freer and more just society give way to the more pressing concerns of preparing the world for the second coming of Jesus.

But it’s so easy to ridicule, to stereotype as backward, ignorant and “deplorable”.

This solves absolutely nothing. We can seek understanding without having to agree on these larger issues. We can offer respect and demand it in return. This is the only way to bridge these differences.

Let’s put this on a larger stage: Vladimir Putin’s horrific invasion of Ukraine and the unreal destruction and human suffering we see splashing across the news daily.

Without understanding the religious connotations of his decisions, it is easy to dismiss him as a dangerous and increasingly cornered and desperate madman. And yes, he is extremely dangerous, because he is, on some level, convinced that God ordered him and the Russian Orthodox Church to reclaim this territory.

The cost is intangible. For him, God has spoken.

Biblical support for his actions abounds: on several occasions it appears that God ordered the total destruction of groups of people and their societies so that the Chosen could continue to take territories they were convinced belonged to them by order. of the God they worshiped and believed to be leading them.

Here is just one example: According to I Samuel, chapter fifteen, the prophet Samuel reminds Saul, the first king of Israel, that the Lord has anointed him to this position.

So here is what follows (I Samuel 15:2-11a, Common English Bible, bold characters mine):

This is what the Lord of heaven says: I am going to punish the Amalekites for what they have done to Israel: how they attacked the Israelites when they were coming up out of Egypt. So go! Attack the Amalekites; put everything that belongs to them under the ban. Spare no one. Kill men and women, children and infants, oxen and sheep, camels and donkeys.

Saul summoned the troops and counted them at Telaim: two hundred thousand infantry and ten thousand other soldiers from Judah.

Then Saul advanced towards the city of Amalekite and laid an ambush in the valley. Saul said to the Kenites, “Go ahead! Leave the Amalekites immediately, for you showed kindness to the Israelites when they came out of Egypt. Otherwise, I will destroy you with them.

Then the Kenites left the Amalekites.

Then Saul attacked the Amalekites from Havila to Shur, which is near Egypt. He captured Agag the Amalekite king alive, but Saul placed all the people under the ban, killing him with the sword.

Saul and the troops spared Agag along with the best sheep, cattle, fattened calves, lambs and anything of value. They were not prepared to ban them; but whatever was despised or worthless they forbade.

Then the word of the Lord came to Samuel: “I am sorry that I made Saul king, for he turned away from me and did not do what I said.

Take note: the LORD God was angry with Saul for a reason: he had NOT killed every living thing in that group of people. Do you see it ? There is no pity here. Obedience to God is everything. Death and destruction are not only immaterial; they are mandated.

This is probably the kind of thinking that underlies Putin’s decisions. If we don’t understand this, we may not find better strategies to contain this dangerous person. Unfortunately, it is almost impossible to stop someone convinced that God has called him to this particular task and placed him in this particular position.

And, when/if such is downed, it is likely that his devoted followers will immediately martyr him, catapulting him and this chilling theology to even greater and more entrenched power.

So I’m not saying that becoming more theologically astute will solve the problems; I say lack of knowledge makes it worse.

The absolute disaster in Afghanistan is a good example. Trying to transform a nation steeped in Taliban-like theology into a more democratic society was, obviously, a very, very costly undertaking leading to total failure. Most people’s base belief system just couldn’t adjust to these earthquake level changes in this short period of time.

Could this ever happen there? Yes, but only if women are educated. This is why women have long been excluded from education in more oppressive cultures, especially religiously. It’s a truism: the better educated women arethe more local societies benefit in almost all areas of life.

But for now, let’s step back: theology matters, and especially matters on the world stage. What people think about God, and remember, nearly 80% of the world’s population has some belief structure, which quietly and powerfully informs many of their decisions.

Ignorance is no longer an option. But ignorance is what we have. And that must change.

2022-09-24
Previous Post: Religious group claims new Reebok sneaker is the work of the devil
Next Post: Respect the religious beliefs of others