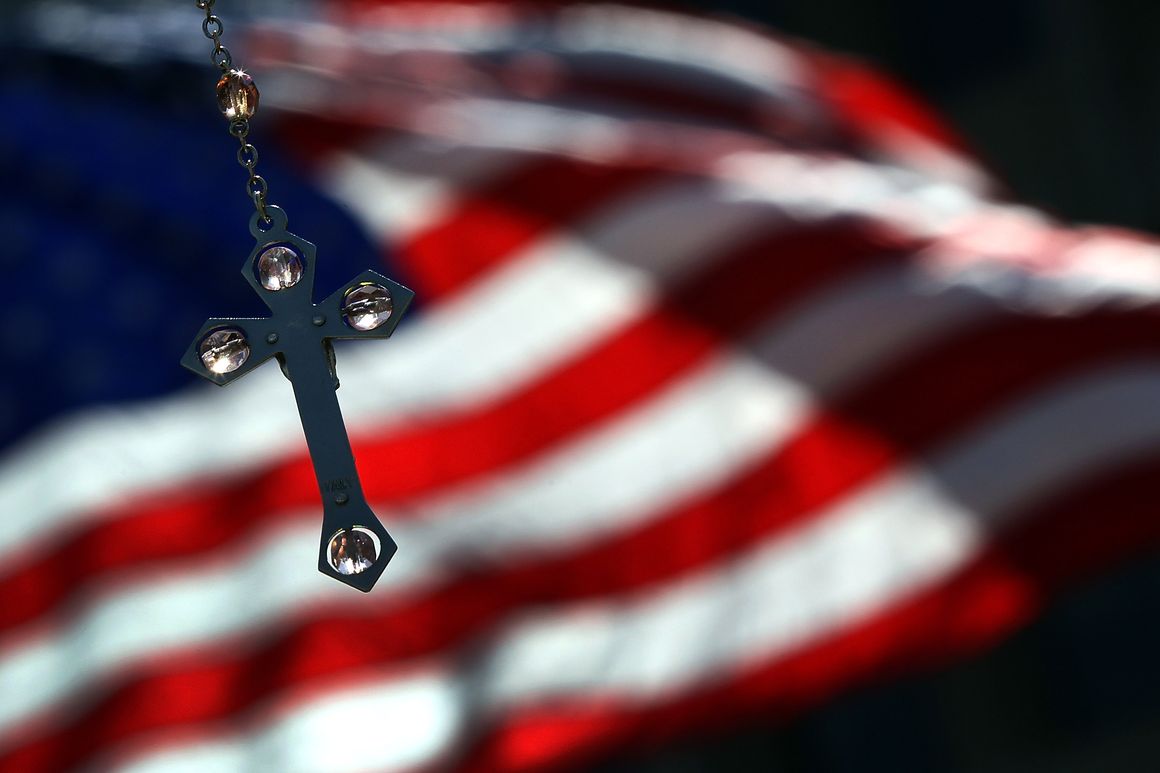 Reviews | Why Amy Coney Barrett’s Religious Beliefs Are Not Banned

In particular, the Senate Judiciary Committee should be prepared to ask for a review of any covenant – a solemn contract binding before God – that she signed by becoming a full member of People of Praise. This will protect, not erode, the core value of religious freedom in the United States.

Such a request for a review of the pact may seem unseemly to some. After all, the Constitution says that “no religious test will ever be required as a qualification for office or public trust.” Catholics and scholars of Catholicism know how important this foundation of freedom is in the history of American Catholics; Anti-Catholic fanaticism is an old and ugly story in America.

But it is not a question of anti-Catholicism or even of liberal bias against conservative Catholics. Barrett’s appointment would raise an important question New Problem: is there a tension between frankly serving as one of the final interpreters of the Constitution and taking an oath to an organization that lacks transparency and visible authority structures that are accountable to their members, the Catholic Church Roman and the general public?

This is not a problem unique to the People of Praise. This is in fact a typical feature of several new charismatic groups that arose in the late 1960s (after Vatican Council II), as a mixture of Catholic traditions and Protestant Pentecostalism. Anthropologists, sociologists, and theologians have documented not only the spiritual vitality and witness of these communities, but also their closed and secretive nature.

Even more disturbing are the many first-person accounts of how some leaders and confreres have eroded and even destroyed the spiritual and intellectual freedom of their members. Former members of covenant communities have described top-down spiritual leadership and control over members’ life decisions, including career choices and whom to marry. These reports are difficult to confirm; the groups’ lack of transparency means that it is almost impossible to know the rules that govern them, either because the founding documents are not accessible to the public (in some cases, not even to Church authorities), or because that the most important rules are not written down and passed down orally from generation to generation, or a combination of both.

If the Pope raises difficult questions about the compatibility in the Catholic Church of individual freedom and the charisma of these communities, it will be quite right for the Senate to ask similar questions when considering someone’s Supreme Court appointment. ‘one who belongs to such a community.

Let’s be clear: this debate is not about the “sectarian” aspects of the people of praise either. Religious scholars know that the display of the “sect” label is often a means of rejecting disadvantaged religious spiritual groups. Not all experiences of new models of community life are suspect.

At the same time, not all concerns about these groups are unwarranted. Ironically, from a Catholic perspective, the two most pressing questions about people of worship may be the exact opposite of those raised so far in the discussion of Barrett’s potential appointment.

The first question from a Catholic perspective has to do with what Barrett actually believes about religion, political authority, and constitutional interpretation. At Barrett’s 2017 confirmation hearing for his 7th Circuit seat, Senator Dianne Feinstein sadly said that “dogma lives loudly in you.” But the real question to ask members of charismatic Catholic communities is not whether dogma animates them, it is whose dogma animates them.

The second question concerns Barrett’s independence as a judge. Who did Barrett take a vow of obedience to? What is its nature and scope? What are the consequences of its violation? Groups like the People of Praise are a new form of secular Christian life. Members of these communities are (and consider themselves to be) different from ordinary unordered Catholics, who do not vow to obey their pastors and bishops. But members of covenant communities usually take broad vows of obedience to community leaders.

The vows of obedience, of course, are not new in the Catholic Church. Nor are they the exclusive preserve of conservative Catholics. Jesuits, Franciscans, Dominicans and lay Catholic members of “secular institutes” take them all. Some people might naturally be reluctant to have a member of a religious order or Opus Dei sit on the Supreme Court. But at least in these communities, the vow of obedience or other commitment that such a person makes would be visible, formal and responsible. This is not the case with the new charismatic Catholic communities, whose vows are often not public and whose leadership is not responsible under Church law.

Let us leave aside questions of ideology and political perspective. The key point is this: the analogy drawn between members of the new Catholic communities and other Catholics in public office is false. Amy Coney Barrett is not Catholic like John F. Kennedy was Catholic or Joe Biden or Paul Ryan or the late Antonin Scalia was Catholic. She made solemn promises that go far beyond the baptismal promises that any Catholic makes. Barrett is also not like Robert Drinan, a Jesuit priest who served for many years in the United States House of Representatives. His vows of obedience as a Jesuit were open and public.

The Catholic Church learns to appreciate the good offered by new charismatic communities while combating their potential for abuse. In doing so, the Church trusts the Holy Spirit to guide her discernment.

While the President and Senate cannot be expected to seek divine guidance, they can and should exercise prudence and common sense in considering candidates for the highest court in the land, and this includes reviewing oaths and any commitments they may have made that could affect or replace an oath to protect and defend the Constitution of the United States.

CORRECTION: Tits history has been updated to reflect the fact that the vows of charismatic communities are not necessarily secret and to clarify that members of Opus Dei do not make formal vows.