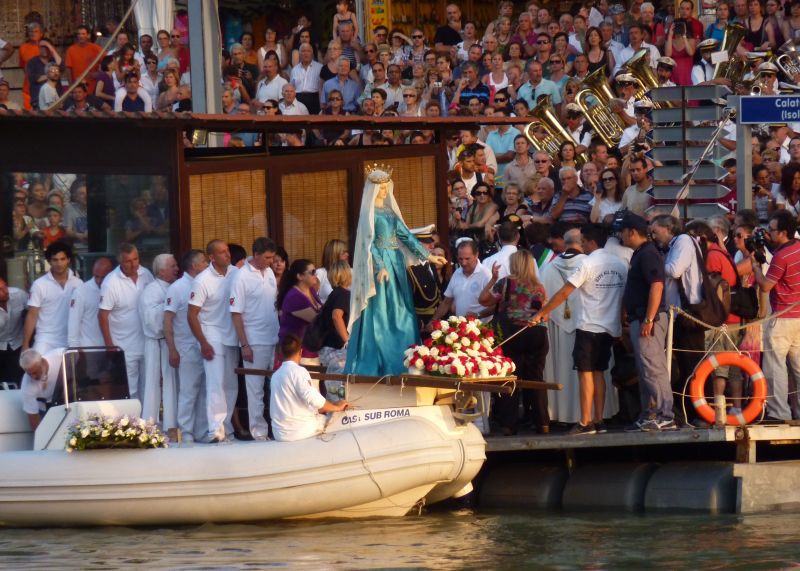 Rome is full of religious traditions, but few are as popular as the Festa de’ Noantri which has drawn large crowds every summer for nearly 500 years.

The festa, which dates back to the early 16th century, takes place between two churches in Trastevere, one of Rome’s oldest and most characteristic neighborhoods.

At the heart of the annual event, whose name Noantri (no more) translates from the Roman dialect as “our”, is the religious celebration of the Madonna of Mount Carmel.

In 2020, the public portion of the event was canceled due to the covid-19 pandemic. It was the first time in its long history, even in times of war, that crowds did not gather to mark the Festa de’ Noantri.

However, the 2022 edition of the secular festival will be held without any covid restrictions, from July 16 to 25, closed by two important processions.

On Saturday July 16a bejeweled and richly dressed statue of the Virgin Mary will be carried through the crowded cobbled streets of Trastevere.

The procession will start at 6:00 p.m. from the Church of S. Agata, heading to the Church of S. Crisgono, where the statue will remain for nine days before returning by boat in the “Fiumarola” procession on the Tiber around 7:00 p.m. Monday July 25.

What are the origins of the Festa de’ Noantri?

The origins of this popular festival date back to 1535 when a group of local fishermen discovered a wooden statue of the Madonna at the mouth of the Tiber during a storm.

The statue was entrusted to the Carmelite friars of S. Crisgono in Piazza Sonnino and became the patron saint of Trastevere.

It was originally housed in a chapel specially built by Cardinal Scipione Borghese, but in 1890 this was demolished to make way for Viale del Re, now known as Viale Trastevere.

According to tradition, the statue leaves its home only once a year: the first Saturday after the feast of the Blessed Virgin of Mount Carmel, July 16.

Details on the 2022 program and procession routes are available on the city’s website.