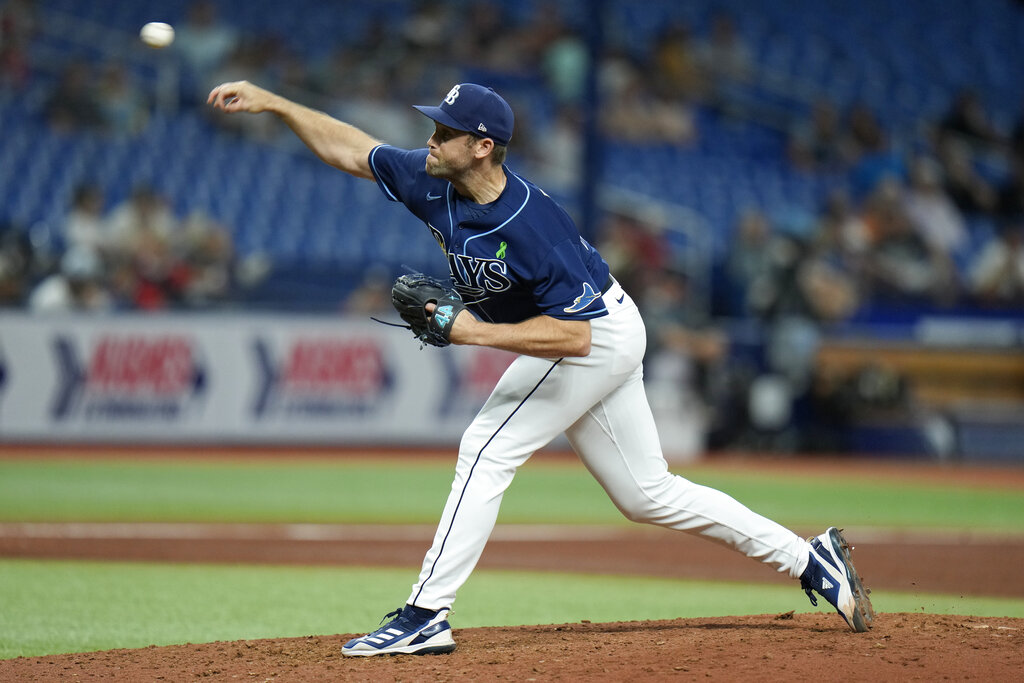 Most Major League Baseball teams recognize Pride Month in some way, with the Minnesota Twins and Toronto Blue Jays including drag queens as part of their celebrations.

Tampa Bay was more low-key, simply having its players wear rainbow logos on caps and sleeves for its game against the Chicago White Sox. However, several players chose not to participate, citing religious reasons.

Adam issued a statement on behalf of the players who withdrew and cited religious beliefs for the decision not to wear the colors.

“A lot of it comes down to faith, loving a faith-based decision,” Adam told the Tampa Bay Times. “So it’s a tough decision. Because at the end of the day, we’ve all said what we want is for them to know that everyone is welcome and loved here.

“But when we put it on our bodies, I think a lot of guys decided it’s just a lifestyle that maybe – not that they look down on anybody or think differently – it’s just that maybe we don’t want to encourage it if we believe in Jesus, who encouraged us to live a lifestyle that would refrain from this behavior. Just like (Jesus) encourages me as a heterosexual man to abstain from sex outside the bounds of marriage. This is no different.

“It’s not a judgement. It’s not looking down. It’s just how we feel about the lifestyle he encouraged us to live, for our sake, not to hold back. But, again, we love these men and women, we care about them, and we want them to feel safe and welcome here.

The Rays had asked for the full participation of its players, but left the choice up to them.

2022-06-05
Previous Post: Superman’s religious beliefs are actually a secret superpower
Next Post: Far from the Brush: How Religious Art Can Be Found Anywhere…