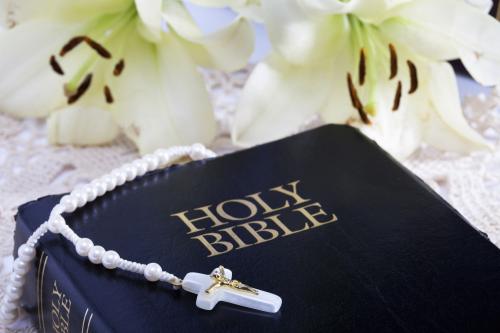 As a break from workplace investigations and ahead of the threatened resurgence of Covid as an issue for employers, how about this new slice of ‘gay cake’ case law on what should and shouldn’t happen when your religious beliefs conflict with the demands of your job?

In Mackereth –v- DWP and another this week, the plaintiff was a man with beliefs both literally and metaphorically in the Old Testament, particularly around Genesis 1:27 and Deuteronomy 22:5, which he read as prohibiting transgender and cross-dressing, respectively, and as imposing on him a personal duty not to encourage or facilitate the acceptance of “imitation” of the genre (his word) in today’s society. Mackereth chose to make his last stand at his employer’s request to use pronouns (Mr., Mrs., etc.) that he considered inconsistent with the birth sex of the people he was dealing with. [For reasons unexplained, he had no such issue using the first names by which they preferred to be addressed, and so while unwilling to address a person born male as Miss, there seemed to be no difficulty with, for example, Vera.]

As a health assessor of disability benefits, it was accepted that Mackereth would only see a handful of transgender applicants each year. However, this was the case with the employer who, given the emotional and mental burden often carried by transgender people seeking disability benefits, it was still appropriate to impose a requirement that the pronouns used by its staff had to reflect the preferences of the applicants. In particular, she had in mind the physiological damage that a doctor’s refusal to recognize his sexual choices could cause to an already vulnerable person. Mackereth refused, even fully accepting that this refusal might offend or upset the transgender benefit claimants he assessed. Alternative arrangements were considered, including him taking on another role (too much training required) and handing over transgender candidates to another assessor (potentially received by the candidate as yet another poke in the eye by a hostile society in general).

Accordingly, Mackereth’s employment was terminated, according to him, by his dismissal and, according to the employer, by his resignation. In the end, that didn’t change much, as her subsequent claim in court for religious discrimination and harassment focused primarily on the employer’s conduct prior to this dismissal. He had been “ejected from a meeting”, he said, “questioned” about his views, suspended and “pressured to renounce his beliefs”.

The ET therefore had three main questions to consider:

The Employment Appeal Tribunal reviewed another recent decision regarding transgender discrimination, Forstating and decided that the ET here had set the bar too high for parts of Mackereth’s claimed beliefs. Provided the beliefs (or lack of belief, as Mackereth had done here in relation to transgender) met the key elements required by the Equality Act, it didn’t matter that it might be offensive to some people , and even for most of the others. This does not mean that he is not worthy of respect in a democratic society.

So Mackereth was over the first fence and ran well, but then was a faller at the next two. As to whether the events alleged here had taken place, it was clear that the ET had not considered Mackereth’s Christian principles to be going so far as to tell the truth in his testimony. “He was a mediocre witness whose perception of events was skewed,” he said, and “unless supported by another witness or documentary evidence, his account should carry little weight.” It was found that he had not been expelled from a meeting or suspended or questioned or forced to renounce his beliefs. This rendered most of his claims moot from the start, it was a process that Mackereth had started in his own testimony by belatedly admitting that everyone he had dealt with on the matter had it in fact treated civilly and professionally at all times. .

On his final roll of the dice, Mackereth sought to file a harassment complaint based on questions his employer asked him about his beliefs. He said that since they related to his opinions, were unwelcome and had upset him, he should at least go home. The ET found that the Respondent had only done what all available guidance, from the Acas to the General Medical Council, recommended, i.e. trying to determine the parameters of Mackereth’s views and therefore how they could eventually be accommodated. Indeed, he ended up admitting that his employer had little choice but to tell him about it. In the circumstances, in a rare outing of the badly underused s. had been, it was not reasonable.