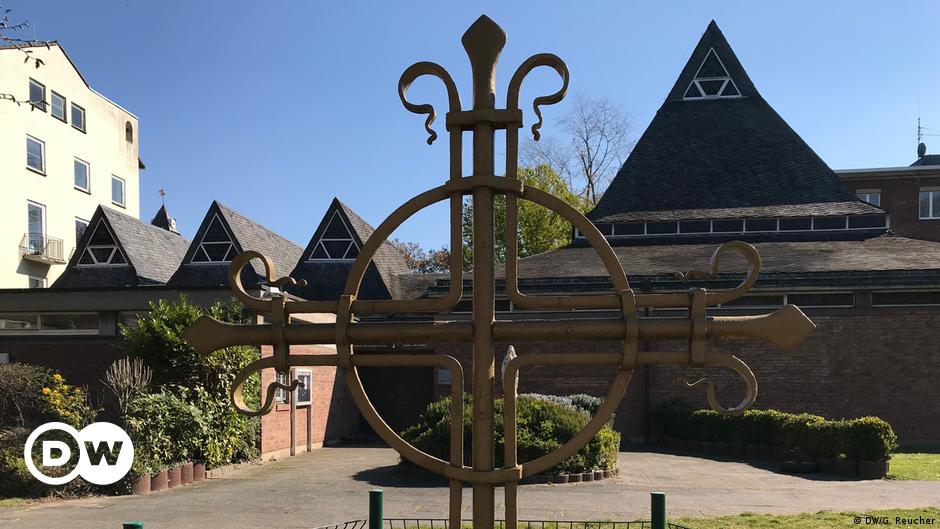 What happens to religious art in churches that have been closed? | Cultural | Reports on the arts, music and lifestyle of Germany | DW

The church which is part of the former monastery “Schwestern zum Guten Hirten” (Sisters of the Good Shepherd) in the Lindenthal district of Cologne, in western Germany, looks like a large protective tent. “It was supposed to be a kind of Noah’s ark, a refuge for what people called ‘fallen women’,” says Ruth Pauli, referring to a term that was still used in post-Germany. war to describe frowned upon young women. by society, for example, because of an unwanted pregnancy.

Pauli’s father, artist Franz Pauli, designed the church stained glass windows that depict biblical stories in a simple and austere way to make sure the girls understand the meaning.

“There is such a mystical atmosphere in the church with the light entering through this strip of windows,” Pauli told DW. The Syro-Orthodox community has been using the church since the nuns left the convent 30 years ago.

Currently, the congregation is caring for Christian refugees from Syria. For five years, Pauli and his three sisters Gisela, Anne and Hedda have been fighting to prevent the demolition of the church. Designed by the famous German architect Fritz Schaller, the building has a special meaning for them.

“I had fun creating this”, we read on Pauli’s stained glass window

Many churches, not enough faithful

Membership in Germany’s two main Christian denominations, Catholic and Protestant, has been declining for years. In 2018, the situation took a dramatic turn when the Catholic Church alone recorded more than 216,000 people turning their backs on it, 29% more than the previous year.

Even when buildings are empty, dioceses pay high maintenance costs. Of the 800 churches in the Archdiocese of Cologne, 28 have been relegated to secular purposes and seven have been demolished. Post-war churches built in the late 1950s and 1960s are particularly threatened.

“The post-war churches are in sparsely populated suburbs which are now disappearing,” explains Archdiocesan master builder Martin Struck of the Vicariate General of the Archdiocese of Cologne, adding that the number of Catholics in these regions fell sharply. Furniture can often be stored and reused elsewhere, but works of art like mosaics, murals, and stained glass are difficult to remove and maintain. “Unfortunately, the works currently have no market value either, because there are no users,” Struck said. “People just don’t have the space for a window that’s four by eight meters.” 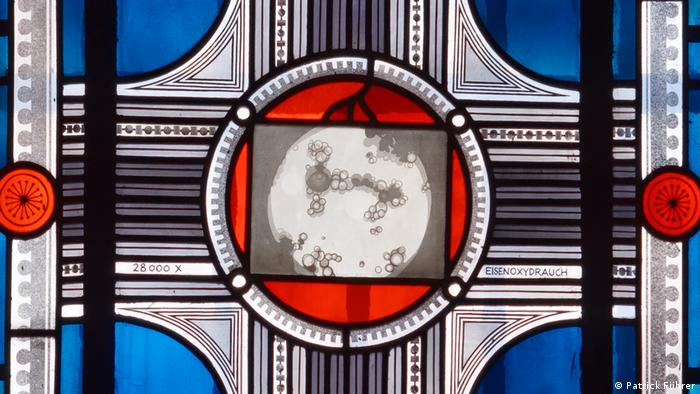 Franz Pauli represented this post-war period. Born in 1927 in Upper Silesia in the present Polish city of Gleiwitz, he fled to the West at the end of World War II. He studied fine arts in Cologne and at the Academy of Fine Arts in Düsseldorf and obtained a teaching degree in philosophy, art and biology.

Although Pauli only worked as an artist 13 years before his death in 1970, he left behind a vast body of figurative and abstract church stained glass, oil paintings and objects. His stained glass windows shine in approximately 120 churches in Germany and in seven churches in the United States.

Read more: Germany: Court decides that anti-Semitic art can remain on the facade of the church

His works, which typically focus on the essential and leave out the superfluous, are particularly appreciated by art historians. “In addition to nature and rocks, he also regarded human inventions and technical innovations as a symbol of divine creative power, and he represented them in his art,” explains his daughter, Gisela Pauli Caldas. She cites an example: The stained glass windows in the collegiate church in the small town of Bad Münstereifel depict representations of microscopic enlargements of bacteria and minerals.

Unique glass art from the Rhineland

Many towns in the Rhine region were badly destroyed during World War II. After the war, there was a great demand for housing and new churches. Dioceses were looking for artists who could create innovative church stained glass windows. The state of North Rhine-Westphalia is particularly rich in churches with modern windows, explains Martin Struck, citing Franz Pauli and other glass artists such as Hubert Spierling, Jochem Poensgen and Maria Katzgrau. The Second Vatican Council also played a major role in the design of the church. “In the 1960s, the Catholic Church rethought the details of its liturgy,” explains Gisela Pauli Caldas. The priest was no longer supposed to preach with his back to the assembly, but facing the faithful, so benches were often installed in open spaces around the altar.

Interested in modernism, Franz Pauli was fascinated by the contrast between man and machine, and by artificial intelligence. “He described circuits and hard drives as a symbol of electronics and computer technology,” explains Gisela Pauli Caldas. Its stained glass windows in the church in Bad Driburg refer to the moon landing and the Vietnam War. “He put world events in a religious or spiritual context,” says his daughter. “With his window design, he brought people to the present. Pauli portrayed the agony of the Vietnam War

As churches in Germany close, congregations abroad want to rebuild their places of worship, especially in areas destroyed by war. Benches and altars from demolished German churches have already benefited congregations in Poland and Bosnia. A church in Ukraine was happy to receive an organ from Germany.

Read more: How the Bauhaus came to an abbey in the Eifel

However, transferring church windows is not only difficult because of their size, explains master church builder Struck. “Polish congregations tell us that they don’t know the saints depicted in German windows,” he says, adding that other nations also have different ideas of what is pleasing to the eye. When it comes to churches, Poles don’t like modern art, he says. “It’s a big problem.” Gisela Pauli Caldas and two works by her father

Even many Germans wonder why modern churches seem to reduce everything to the essentials. “These clear and, from our point of view, naked forms were a reaction against ornaments and facades – and against Nazi lies,” says Gisela Pauli Caldas.

Why documentation is important

With fewer churches and religious art, part of Germany’s Christian spiritual culture is disappearing, says her sister Ruth. It is important for the Pauli sisters to preserve religious structures and to document what they contain. “The dioceses are now taking steps to take an inventory,” explains Gisela Pauli Caldas. Drones are used to take photographs of the interior of churches so that even if the building is demolished, people still have access to a three-dimensional “memory” of the interior spaces. 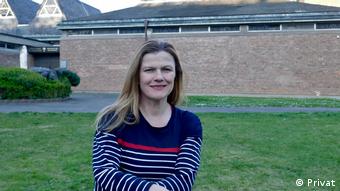 Ruth Pauli at Cologne church in danger of being closed

It is important that art specialists write and research these works of art, adds Gisela Pauli Caldas: “If things are not documented, they are much more in danger, no matter where they end up. To this end, the Pauli family encourages students around the world to take a scientific approach to the artwork of the post-war German church and its stained glass windows.

While the fate of the Sœurs du Bon-Pasteur church is still uncertain, a platform for exchanging religious art and inquiries from abroad is in the works. Once the coronavirus crisis is over, it can be found at www.kulturinventar.com. This might be the right place to help find a new home for Franz Pauli windows.